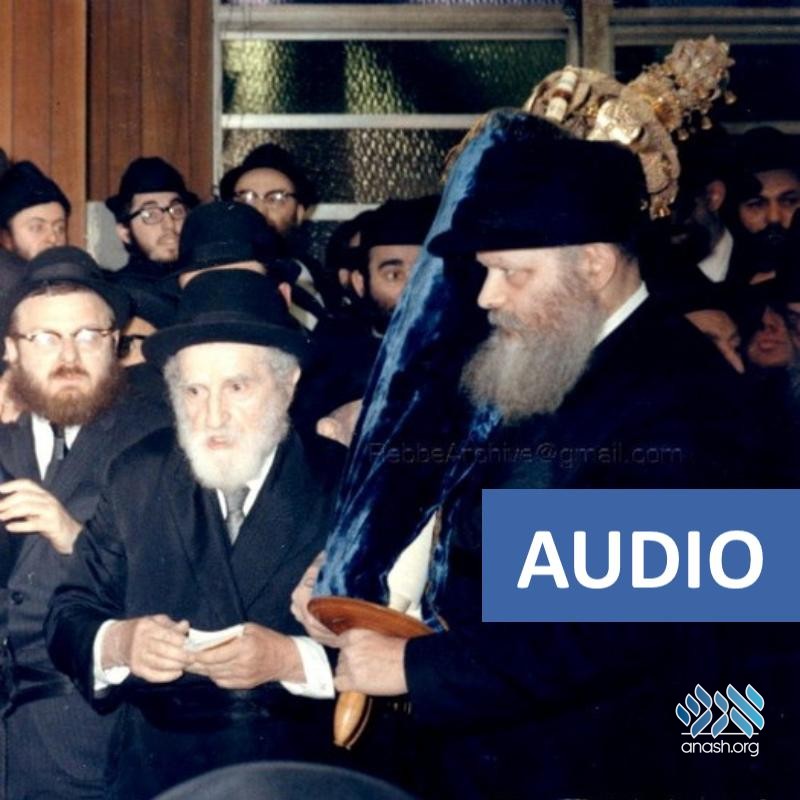 The Rebbe’s Hakafos were known to be the highlight of the year for thousands of chassidim. Just in time for Simchas Torah, a half hour recording of the Hakafos in 5736 were released to the public.

A historic half-hour recording of hakofos with the Rebbe on the night of Simchas Torah 5736 has just been released in honor of Simchas Torah. The recording was made by a Jew from Eretz Yisrael who did not keep the second day of yomtov.

A debt of gratitude goes to the one who recorded the hakafos and has now released it for the public benefit, as well as to JEM media.