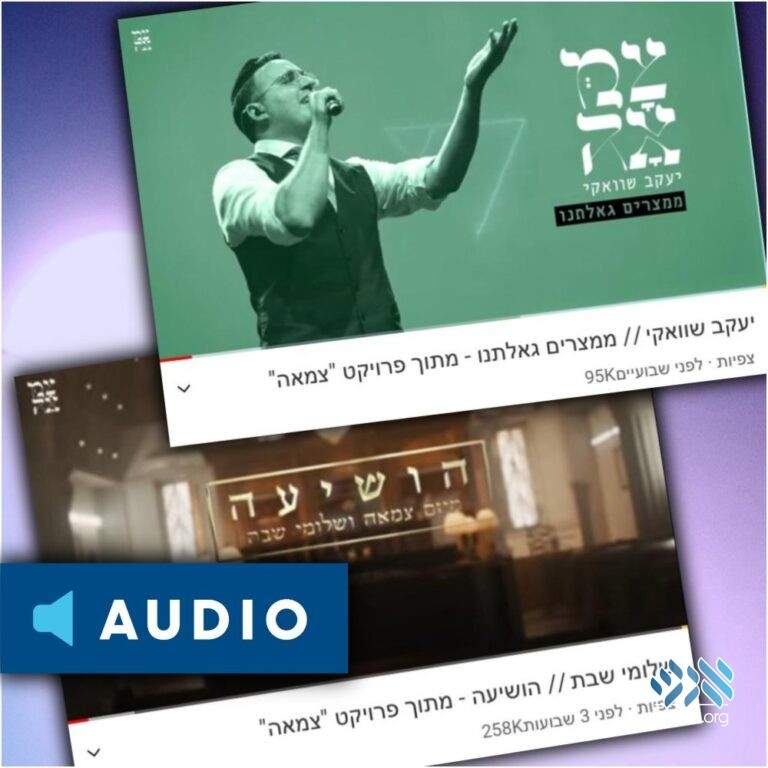 Two weeks ago, ‘Tzamah’ released the niggunim ‘Hoshia es Amecha’ and ‘Mimitzrayim Gai-altanu’. They have quickly become the most popular songs in the Israeli media these days.

On YouTube, the videos together reached over 350,000 views. Instagram and Facebook pages got hundreds of thousands more views and on the radio, the songs have been heard more than 100 times on various stations. In addition, the niggunim have been featured on various websites, podcasts and other media.

At the end of the song ‘Hoshia es Amecha’, a clip is played in the voice of the Rebbe, which moved tens of thousands and inspired moving responses from all walks of life. “I get chills when I hear the Rebbe’s voice on the radio while I’m in Tel Aviv,” read one of the comments.

The niggunim ‘Hoshia es Amecha’ and ‘Mimitzrayim Gai-altanu’ were produced as part of the ‘Tzamah’ project that makes Chabad melodies accessible to the general public. About 70 singles performed by the top Israeli singers have been released so far.