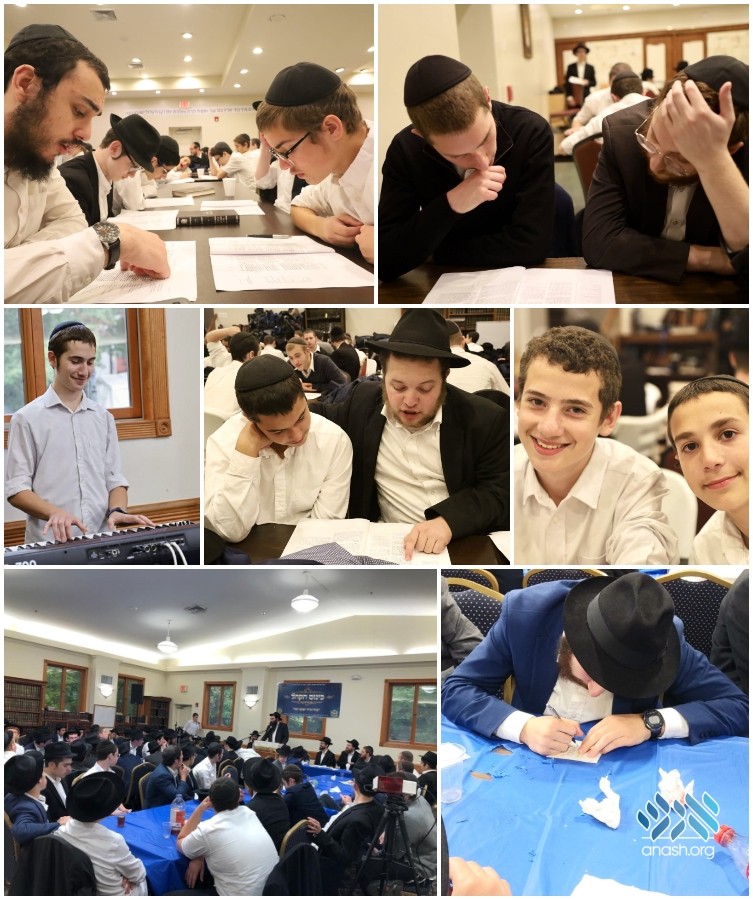 Monsey Yeshiva hosted a Yom Shekulo Hakhel for its students to learn about the mitzvah of Hakhel for an entire day through kinusim, farbrengens, and learning.

A full day was dedicated to Hakhel at the Monsey Mesivta, with the bochurim and hanhala utilizing every part of the day to learn about Hakhel and how to implement it in their lives.

The day-long program, which was called yom shekulo Hakhel, was put together by the members of hanhala, headed by menahel Rabbi Sender Lustig and initiated by Rabbi Shlomy Kagen. A curriculum was put together for the entire day, from morning Chassidus through night seder, each with a connection to Hakhel.

The day started with a Chassidus shiur with explanations from the Rebbe about what Hakhel is, the details of the mitzvah, and the importance of adding in our yiras Shamayim during a Hakhel year. Following davening, the entire yeshiva gathered for a chavrusa study session, led by maggid shiur Rabbi Mendy Klein, where the bochurim studied a sicha of the Rebbe regarding Hakhel.

After mincha, a special Kinus Hakhel was held in Yeshiva, with guest speakers Rabbi Chaim Chazan and Rabbi Boruch Lesches, and Rabbi Levi Tiechtel serving as emcee. After the speaker, a video presentation was shared of bochurim sharing their personal hachlatos to make Hakhel a reality in their personal life. Live music also accompanied the kinus, being played during breaks in the program.

The kinus finished off with the bochurim signing Hakhel cards to send to the Rebbe’s Ohel, followed by lively dancing with the entire yeshiva. There was a concurrent Hakhel program for kids during this time as well.

The bochurim ended their day with a farbrengen led by Rabbi Isser Zalman Weisberg focusing on how Hakhel is relevant to us in these modern times.

Following the program, a sense of awareness about Hakhel and its importance permeated the yeshiva. The bochurim were able to take everything they learned home with them during bein hazmanim and many of them shared that they hoped to make plans for Hakhel gatherings in their homes or communities.