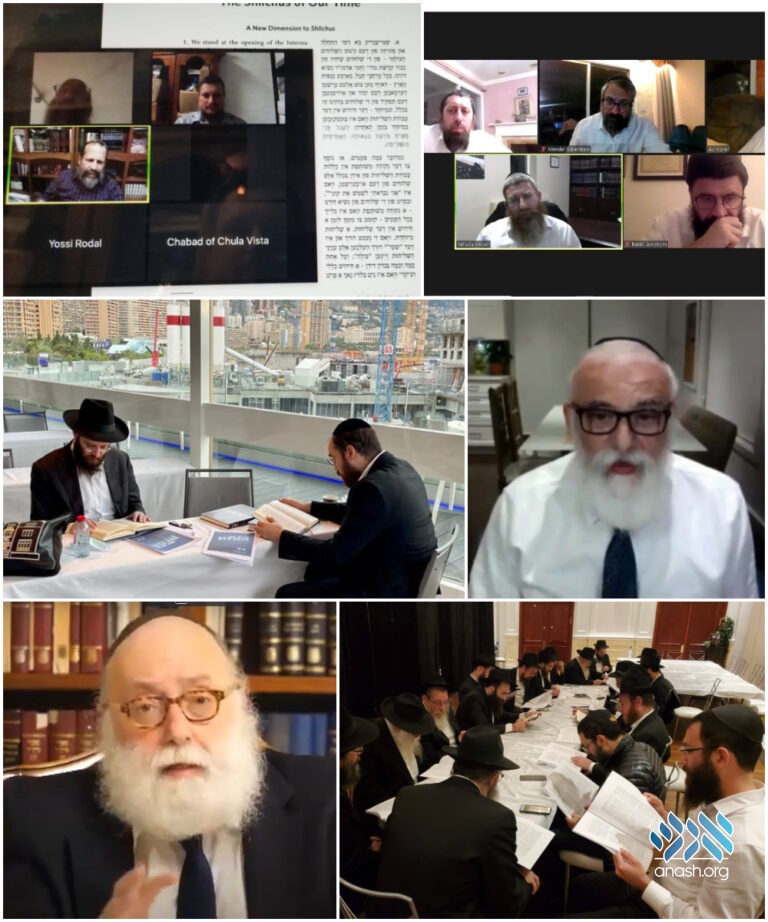 An unprecedented hachanah for the Kinus is underway, as shluchim worldwide gather to learn and internalize the sicha of Chayei Sara 5752, with the goal of being more “Vision Conscious” in their shlichus.

The excitement for this year’s Kinus Hashluchim is on a whole new level. An unprecedented Hachanah preparation for the Kinus is underway.

The Hachanah was launched by a unique Zoom event last week on 7 Cheshvan.

The sicha is a landmark moment, where the Rebbe charged us with being visionaries, keeping the ultimate goal of Moshiach in mind every step of the way.

This event was on zoom and live-streamed, attracting more than 2500 viewers. (A replay is available on VisionConscious.com).

It has sparked enthusiasm amongst shluchim, both young and old, to delve into this sicha as a preparation for this year’s Kinus. The excitement for the Kinus this weekend is palpable as Shluchim worldwide are attending local gatherings to prepare for the Kinus in local groups. Whether over Zoom or in person, shluchim are gathering to learn the sicha and Farbreng about its message.

The Moshiach Office at Merkos 302, in partnership with The Rohr Jewish Learning Institute and Sichos in English, have produced a brand new learning booklet consisting of a mini curriculum and the entire sicha translated and explained. The booklet has been shipped to thousands of shluchim all over the world.

At the regional gatherings, this booklet is being used extensively. Shluchim are joining together to be more “Vision Conscious” in their shlichus and prepare themselves for this historic kinus with this ideal in mind.