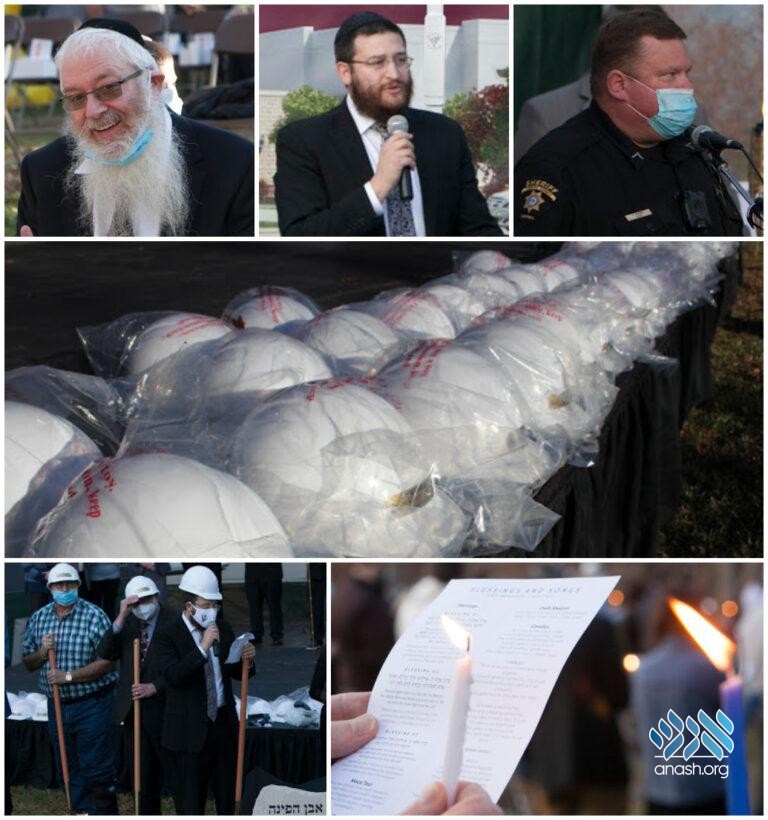 When Rabbi Levi Mentz was planning the first public menorah lighting in Forsyth County, Georgia, a long-time resident told him ‘Here a Jew needs to stay under cover.’ Four years later, hundreds of proud Jews joined for the groundbreaking of a new $4.7 million Chabad center.

The historic groundbreaking for North Georgia’s only full-service shul was held on Sunday, 28 Kislev, the fourth day of Chanukah. A large crowd gathered for the outdoor event, including shluchim, supporters and local residents.

Following addresses by shluchim and supporters, community member Liza Klahr and her children brought forth soil from Eretz Yisroel to sprinkle it into the earth where they first broke ground later in the night, ensuring that the foundation of the campus will contain soil from the Holy Land for the generations to come.

Rabbi Mentz then invited members of the community up to the stage to participate in the ‘Torches of Light’ ceremony, where they shared what brought them light in their life.

“This is my candle. This is my light. Find your candle. Shine your light,” they each concluded after presenting a torch to the crowd and forming a human menorah. This was followed by the lighting of the menorah on the spot where the Chabad House will be built.

The event then ended with the official groundbreaking as Congregation leaders picked up their shovels and ceremoniously dug into the soil for the first time.

So far, Congregation Beth Israel and Chabad of Forsyth have raised more than $2.6 million for the new building out of a goal of more than $4.7 million. The donated funds will help to create the preschool, Hebrew school, playground, sanctuary, social hall, chapel and other amenities planned for the campus.

To learn more about the project or to buy a brick to help build up the center, visit ourvibrantfuture.com.