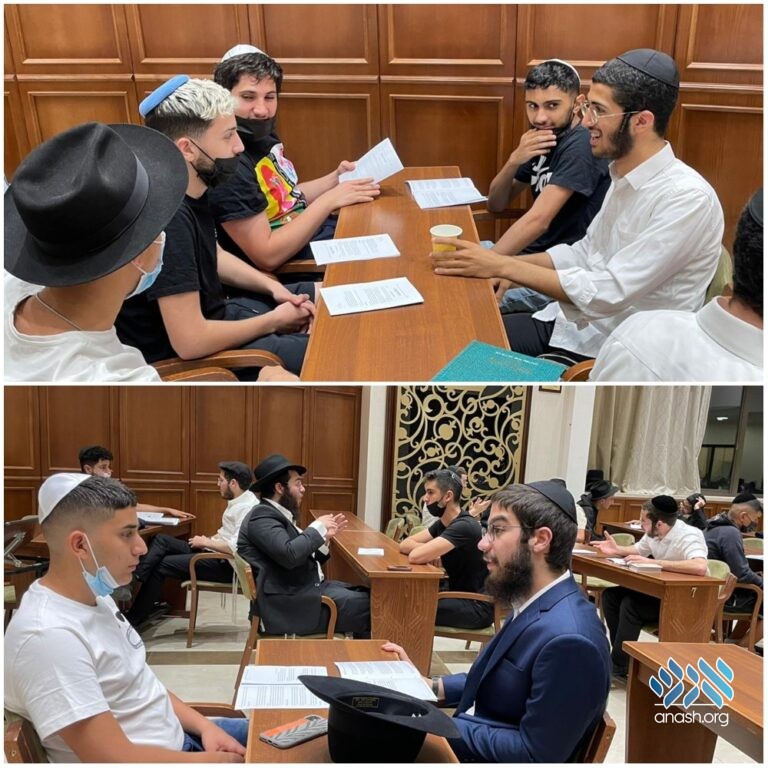 Last week, CTeen shluchim in Eretz Yisroel, led by Rabbi Moshe Shilat, gathered for a seminar during which they discussed plans for the upcoming summer.

Among the plans, the shluchim discussed ways to perfect and expand the ‘Batei Medrash’ project. As part of this project, dozens of teenage boys get together every week, in every city throughout Israel, to learn gemara and chassidus in chavrusa with yeshiva bochurim.

The project is geared for serious boys from all backgrounds and has a great impact on all who participate. It forges a bond between the boys that remains long after the learning sessions and becomes a warm personal friendship.

A few days later, dozens of boys were witnessed enjoying in-depth study with bochurim from the yeshiva in Teveriah, led by the shliach Rabbi Mendy Turkov.

The CTeen shluchim in Eretz Yisroel are preparing for a special siyum, together with a flight to the Rebbe, that will be held for the boys after they complete Masechta Brachos which they have just begun to study.