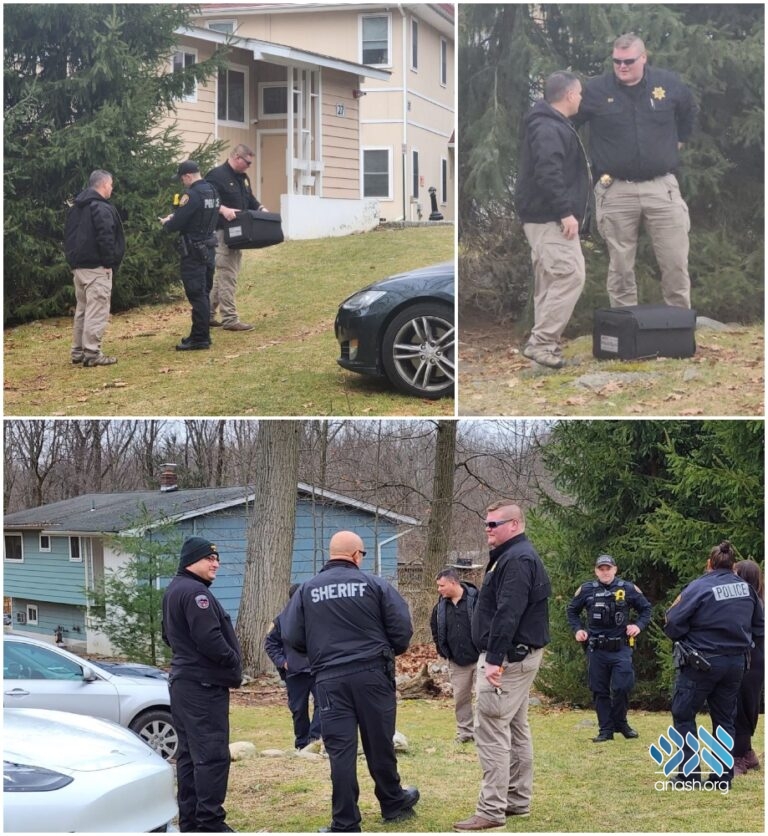 Police rushed to Monsey Bais Chaya Mushka High School after a hand grenade was found on the grounds. Thankfully, it was found to be non-explosive.

Before police arrived, several people handled the hand grenade, including one individual who took a picture holding the grenade in one hand along with a lighter.

The bomb squad was called on location to make sure that the rusty grenade was indeed non-explosive as it was, baruch Hashem, proven to be in the end.