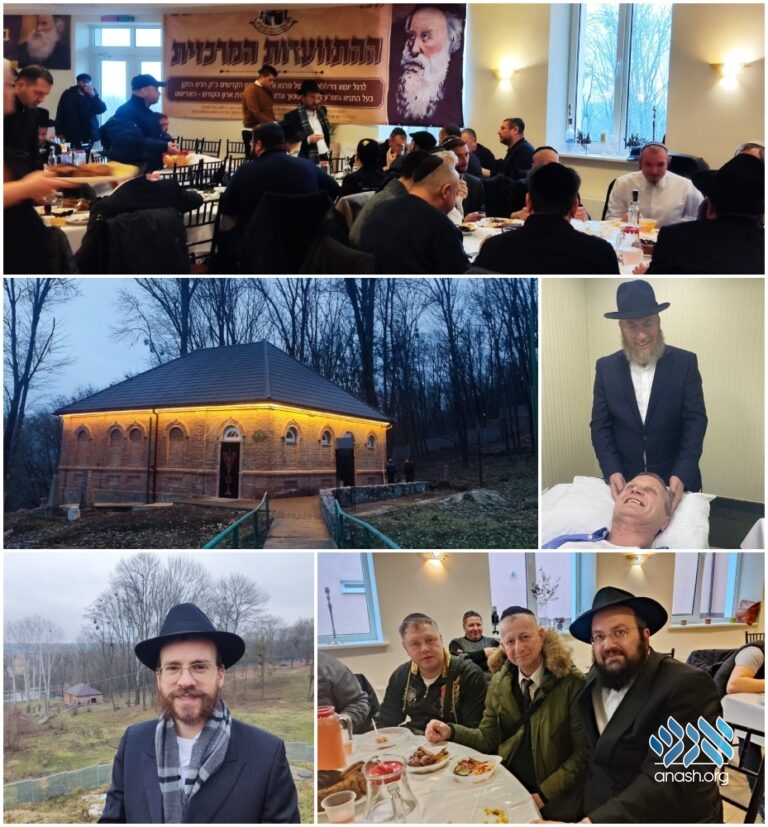 Usually packed with thousands of visitors for Chof Daled Teves, the Ukrainian city of Haditch only saw dozens of visitors this year, who came to daven at the Alter Rebbe’s Ohel. 7 men ages 29-66 had a bris in the adjoining shul.

A crowd of a few hundred visitors have been arriving in Haditch, the location of the Alter Rebbe’s Ohel over the past day, to mark Chof Daled Teves, his yom hilula.

In previous years, the city saw thousands of visitors from across Ukraine, Russia and Eretz Yisroel on the date. The raging year this year, however, prevented most of the visitors except a handful of the bravest. Among them were shluchim from Ukranian cities and town with their community members, and a small crowd of visitors from the USA, Europe, and Eretz Yisroel. With all Ukranian airports shut, the international visitors needed to travel extra hours, flying to Moldova or Poland and driving for long hours to reach Haditch.

On their arrival, the visitors joined the local Jewish community in marking the yom hilula, with accommodations arranged by Rabbi Shneur Zalman Deutch, shliach to Haditch. Despite the smaller crowd, they joined together for a joyous farbrengen, and the warmth made up for the large crowds.

On Tuesday, the morning of Chof Daled Teves, the visitors got to take part in a specially unique celebration; 7 Yidden aged 29 to 66, received a bris milah! One had been wrangling with the decision for 20 years, and it was the ongoing war that convinced him to finally go ahead with it.

The shluchim had a mohel flown in from Bnei Brak to perform the brisos, which are considered relatively complicated. When asked to choose a name following his bris, one of the previous Yidden, named Vladimir, chose to be called Shneur Zalman after the Alter Rebbe…

“I wanted to be a better Jew, to be connected to G-d. It wasn’t until the war that I started going to the synagogue and agreed to some mitzvos that I didn’t know about before, such as tefillin. When I heard that I had the option – at my advanced age – to have a bris, I begged my rabbi to help me in doing so and I’m glad I succeeded. I’m not afraid of the pain, I took it into account. It’s a good pain,” he explained his decision.