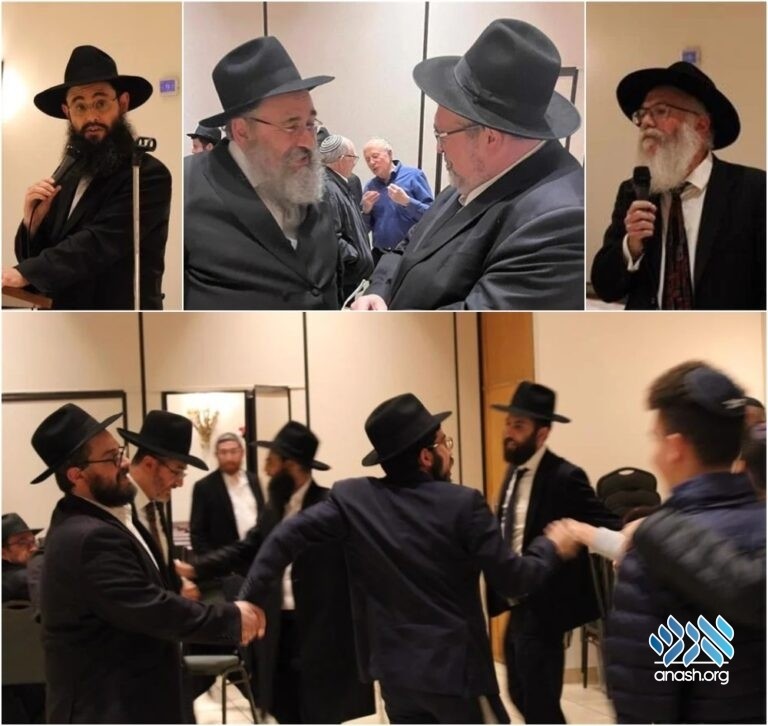 The Chabad community of Dallas, TX, recently celebrated the siyum of their own Chalukas Hashas with the participation of local Litvish rabbonim and kolel members, who took masechtos as well.

By Menachem Posner – Chabad.org and Anash.org

It’s a tradition baked into Chabad-Lubavitch culture. Every year, on Yud Tes Kislev, communities divide up the entire Talmud, each individual studying another tractate and joining a grand siyum celebration when the effort is completed one year later.

Those who live in smaller communities typically join the global division administered by Machne Yisroel, a central Chabad organization in New York.

This past year, for the first time in history, the ever-growing Jewish community in Dallas, invited their fellow Texans to join them in divvying up the Talmud.

“It was a delightful experience,” says financial advisor Darrel Meyerovitz, who studied Tractate Sotah along with a small group, led by Rabbi Peretz Shapiro. “The learning was interesting and compelling.”

Their efforts and the efforts of dozens of Lone Star scholars from El Paso to Houston were celebrated this week at a grand Yud Tes Kislev farbrengen held at Chabad of Dallas, directed by Rabbi Mendel Dubrawsky.

According to Rabbi Yoel Gitler, a shliach to north Dallas and teacher at Akiba Yavneh Academy, the effort brought people together around a common cause, rallying the community to support Torah study, a value dear to all.

In a conversation with Anash.org, Rabbi Shapiro said that many of the local Litvish rabbonim joined for the siyum, and some even took masechtos for the new cycle.

Meyerovitz, who has lived in Dallas for 40 years, says he found it gratifying to see so many people, including rabbis and teachers in other communities, joining the farbrengen and supporting the scholars.

“It was amazing to see how far things have come from when Rabbi Dubrawsky founded this community back in the ’80s,” concurs Michael Winton, who moved to Texas from Toronto in 2005. “It’s an incredible community, and the evening was even more meaningful since it was attended by representatives of all parts of the community, as well as many teens.”

The yearlong study effort was formally concluded by Shapiro. And since Torah study is a never-ending process, he immediately began the study of Masechta Berachos, which he and his group plan to learn over the course of the coming year.