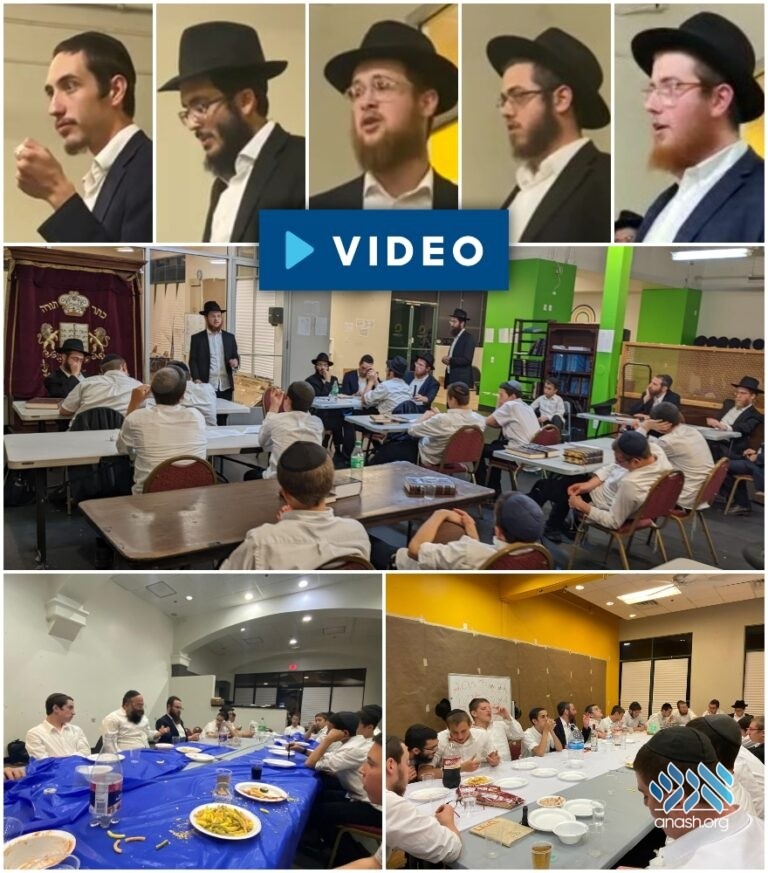 The bochurim shluchim to the nascent Lubavitch Mesivta in beautiful Scottsdale, Arizona, were given a royal welcome with an official kabalos ponim where each shliach addressed the entire yeshiva.

The setting was a formal one. The commemoration anything but.

To the casual observer just another typical evening in one of the many branches of Tomchei Temimim.

But this was no ordinary event. This Chai Elul saw the official kabolas ponim of the new Shluchim for the nascent Lubavitch Mesivta in beautiful Scottsdale, Arizona.

The yeshiva, now in its second year, commemorated the birthdays of the Bal Shem Tov and the Alter Rebbe, with a special Torah and inspiration session directed by the Talmidei Hashluchim followed by two special farbrengens for Shiur Alef and Beis.

Though the Talmidei haShluchim hail from diverse communities, and represent diverse Yeshivos, they were united in their sharing a strong “gruss”, passion and dedication to Limud Hatorah and darkei hachassidus to the aspiring bochurim of the Arizona Mesivta.

Following introductory remarks by the Yeshiva Menahel, Rabbi Abi Naparstek, about the purpose and role of the talmidim hashluchim, shliach Shalom Yerushalmi was mesayem the Rambam and then shared with the bochurim an inspiring connection between the Gemara Gittin that the bochurim are currently learning and a lesson in avodas Hashem.

He was followed by shliach Chony Gurkow, who spoke about the importance of taking hachlotos to grow in the years of yeshiva and the vital importance of having a personal “asei lecha rav”.

Shliach Levi Moscowitz then made a haschala of the new sefer of Rambam, and spoke about the uniqueness of the upcoming year which is a shnas hakhel and the power it gives us to grow not only individually but also as a yeshiva together.

Shliach Mendel Saacks shared a powerful story and letter of the Rebbe regarding the structure of yeshiva and the importance of following the guidelines set in place by the hanholas hayeshiva.

And finally, shliach Shuey Geisinsky shared a story with a powerful moral of not being nispoel of the people around you, as long as one is doing the right thing for the right reasons, there is nothing that can get in the way.

Following the formal part of the kinus, the bochurim farbrenged at their respective farbrengens.