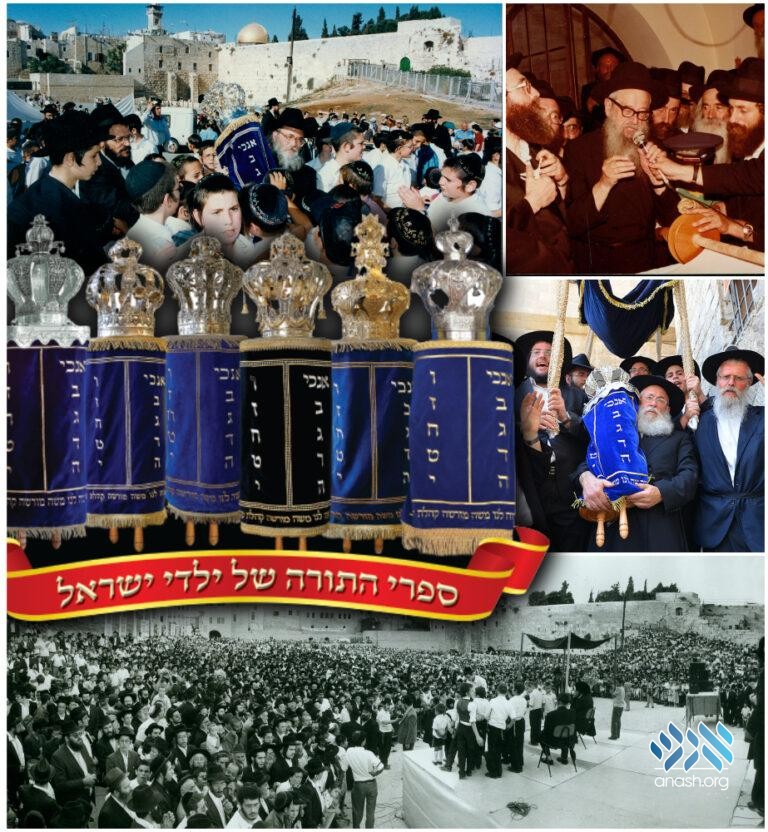 With just over 15,000 letters left in the 7th Children’s Sefer Torah, organizers are starting to plan for a grand siyum on Chof Av, and are turning to Chassidim to sign up children to complete the final letters.

A grand Siyum Sefer Torah is being planned for the 7th Children’s Sefer Torah, established by the Rebbe exactly 40 years ago.

On Yud Alef Nissan 5741, the Rebbe announced a new initiative; A Torah should be written for children, uniting Jewish children around the world. Over the next few days, the Rebbe farbrenged another two times, urging chassidim to sign children up for the special Torah.

Forty years later, six Sifrei Torah have been completed, uniting close to two million Jewish children from every corner of the globe. An additional 290,000 letters were purchased in the seventh Sefer Torah, leaving just over 15,000 letters left.

To mark the special anniversary, Rabbi Shmuel Greisman, the director of Ois B’Sefer Torah, is planning to complete the 7th Torah on Chof Av this year, exactly 40 years since the Siyum of the first Torah.

In addition, a grand campaign is being launched to bring awareness to this important mivtza, which the Rebbe said brings protection and even peace to the entire world.

“In 5741, the Rebbe spoke about the deteriorating situation in the world, and how signing children up for the Children’s Torah, and signing adults up for the Unity Torah, brings stability to the entire world,” Rabbi Greisman said.

“In times like today, when everyone is searching for stability, one needs to look no further than the Rebbe’s words, and begin to make a shturem to sign children up,” he said.

Rabbi Greisman also notes that shluchim, school administrators, camp directors, and teachers have the ability to encourage large numbers of children to sign up, simply by speaking to their students about the mivtza, and explaining how important it is that each one purchases a letter.

To sign children up for the Children’s Sefer Torah: https://www.kidstorah.org/

For schools and large groups: https://www.kidstorah.org/UploadExcel