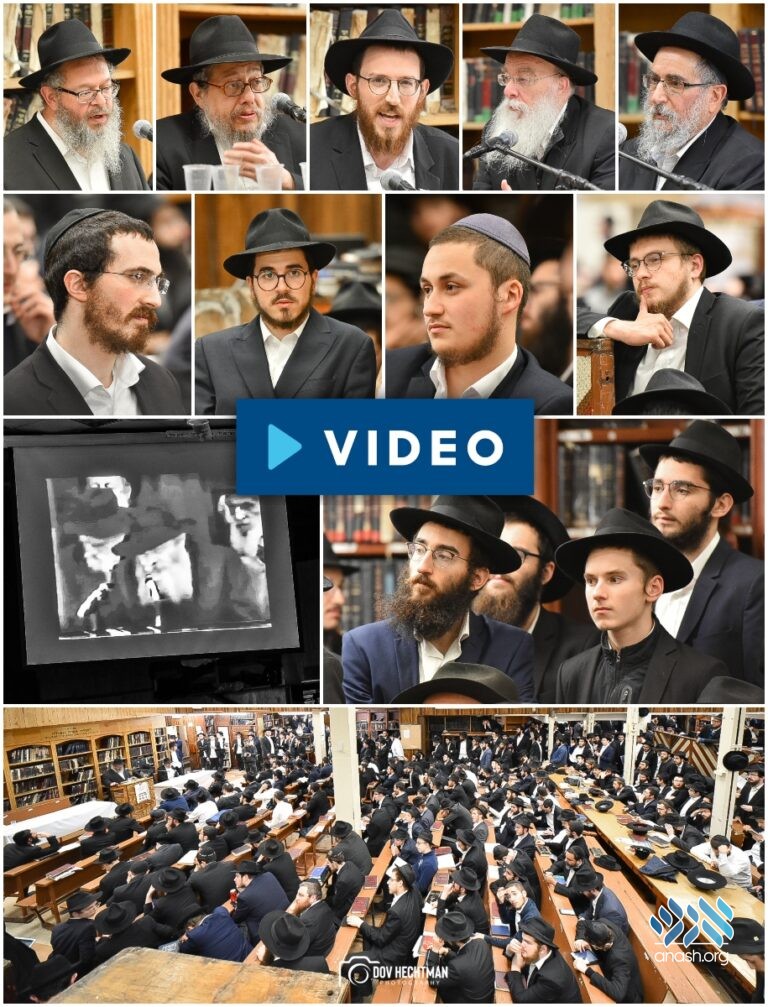 Hundreds of Bochurim attended a grand Kinus held Sunday night in 770 to discuss ideas on how to prepare for the Rebbe’s 120th birthday on Yud Alef Nissan, addressed by shluchim and mashpi’im.

This year Yud Alef Nissan, Chassidim around the world will be celebrating the 120th birthday of our dear Rebbe, and preparations for the momentous day are already in full swing.

Last night, a large gathering was held in the main Shul of 770 Eastern Parkway. The event was addressed by Shluchim and mashpi’im who presented ideas on how best to prepare for the Rebbe’s 120th birthday, and encouraged Chassidim to each begin their personal preparations.

Hundreds of Bochurim from Yeshivos in the New York area joined the gathering in person in 770. Many Yeshivos that were not able to attend in person joined via live stream.

Rabbi Sholom Charitonov, mashpia in Oholei Torah, spoke about the connection between the number 120 and teshuva, and suggested that Bochurim take upon themselves a hachlata to learn the sichos of the Rebbe on Iggeres Hateshuva in preparation for Yud Alef Nissan.

Rabbi Tzvi Telsner, Rov in Melbourne, Australia emphasized how the main task of a bochur is to sit and learn Torah, and every worthwhile hachana must include adding in learning Torah. He also noted the importance of bringing Yidden to the Rebbe.

Rabbi Shmuly Avtzon, director of Sichos in English, explained how the number 120 is directly tied to the life of Moshe Rabeinu and the Nosi Hador, and how connecting to the Rebbe gives a chossid the koach to overcome challenges and feelings of apathy.

Rabbi Binyomin Scheiman, Shliach in Chicago, who arrived from Chicago to address the kinus, elaborated on the significance of the number Yud Alef (11), and how preparations for this special day must imbue everything we do in the next six months.

Rabbi Shlomo Zarchi, mashpia in Tomchei Temimim 770, spoke about the proper way to utilize the preparations for Yud Alef Nissan to strengthen our hiskashrus to the Rebbe.

Rabbi Yisroel Noach Vogel of Postville, Iowa shared memories of Yud Alef Nissan by the Rebbe through the years.

Following the Kinus, the bochurim sat down for a Chassidishe farbrengen with the mashpi’im and shluchim.