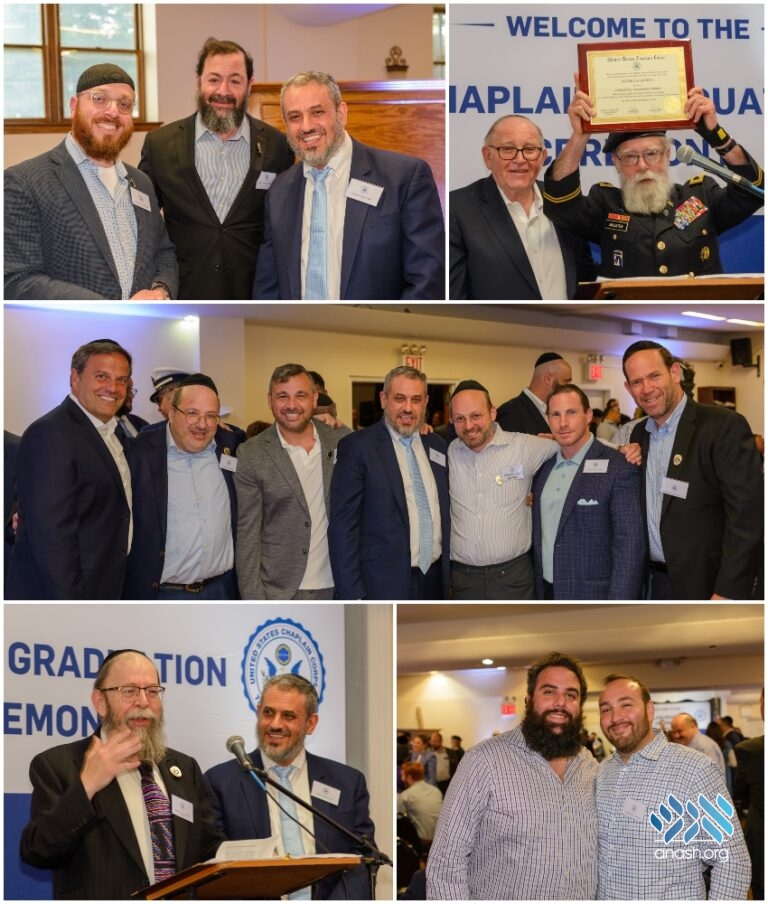 The event was held at the Ohr Naava event space in Brooklyn, New York. Attendees were greeted with festive blue banners lining the entryway gates and listing all graduates. Once inside there was a lavish buffet courtesy of Subsational in Brooklyn and donated by Chaplain Gary Gani.

The event was emceed by USCC Director-General Chaplain Mendy Coën, with a welcome speech and a greeting by Chaplain Rachel Weingarten, Director Women’s Division.

The overall message of the evening was hope, even in times of great despair and unrest and all the while coming together to make the world a better place. Optimism was a recurring theme in the addresses of almost all the speakers.

Three inspirational individuals were recognized for decades of service to others. All three were awarded the title of honorary chaplain by the USCC, and presented with stunning plaques commemorating their new titles.

The evening’s honorees were:

Judge Miriam Sunshine of the New York State Supreme Court, was recognized for her commitment to justice.

Colonel Chaplain Jacob Goldstein previously referred to as the “Rabbi of Ground Zero,” was recognized for his celebrated career in the United States Army.

Judith Weingarten Silber, a child Holocaust survivor, was recognized for her decades of community service.

Each of the three honorees spoke of their own journeys, challenges, and great rewards in lives punctuated by their service to others.

The evening ended with an accelerated and joyous roll call of all 230 chaplains by Chaplain Weingarten. Graduates were then presented with their diplomas and congratulated by USCC Administrator, Chaplain Chalmers Beard.

In memorial: NYPD Deputy Chief Charles M. “Chucky” Scholl, who served as Chief of Patrol Borough Brooklyn South as well as General Director Law Enforcement was scheduled to speak at the event but passed away suddenly. A joint USCC/NYPD memorial service for Scholl will be announced in the coming weeks.