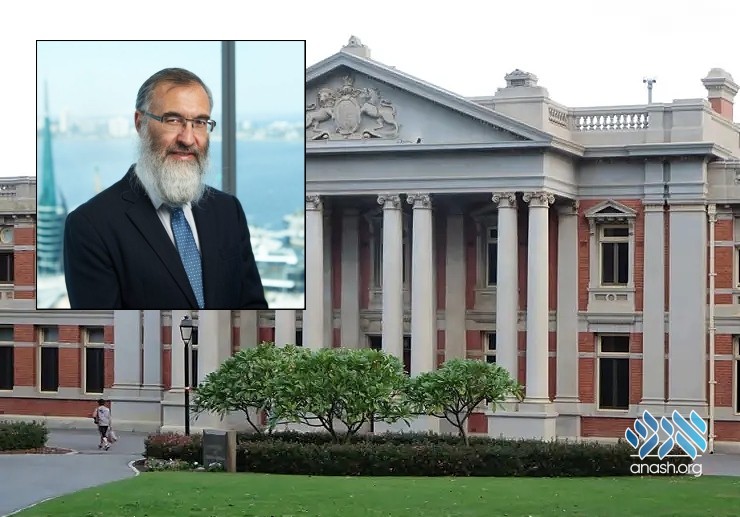 Rabbi Marcus Solomon, a graduate of Central Tomchei Temimim Yeshiva in New York, has been appointed as a Justice of the Supreme Court of Western Australia.

Rabbi Solomon received rabbinic ordination from Central Tomchei Temimim Yeshiva in Brooklyn, New York, and is also a graduate of the Rabbinical College of Australia and New Zealand. He is believed to be the first Orthodox Jew to serve as a Supreme Court Judge in Australia, the Australian Jewish News reported.

“He is not only an eminently qualified advocate and lawyer but he has also demonstrated his commitment to public service through his roles in the education and mentoring of his fellow practitioners, membership of various boards and committees, and his advisory and honorary positions in a variety of Jewish educational institutions,” Quigley said. “I congratulate Mr. Solomon SC on his appointment and wish him well in his new role.”

Rabbi Solomon also serves as the Senior Rabbi of Dianella Shule – Mizrachi Perth. He has been closely involved with Carmel School and Bnei Akiva for many years.

He graduated with a law degree in 1991 from the University of Western Australia with First Class Honors, and worked as a lawyer and then partner at two major law firms before moving to the independent Bar. He was appointed Senior Counsel in 2013.

Rabbi Marcus Solomon told The Australian Jewish News that being the first Orthodox rabbi appointed to an Australian Supreme Court is “both an honor and a responsibility”.

“It’s obviously an honor to have been appointed and to serve the public in that capacity, but it’s also a very heavy responsibility, because you have in your hands the fate and destiny of many people in respect of important matters in their lives,” he said.

“Being a rabbi assists me to perhaps appreciate the human story,” he added, “and the humanity that lies behind each of the very difficult matters that come before the court for resolution”.