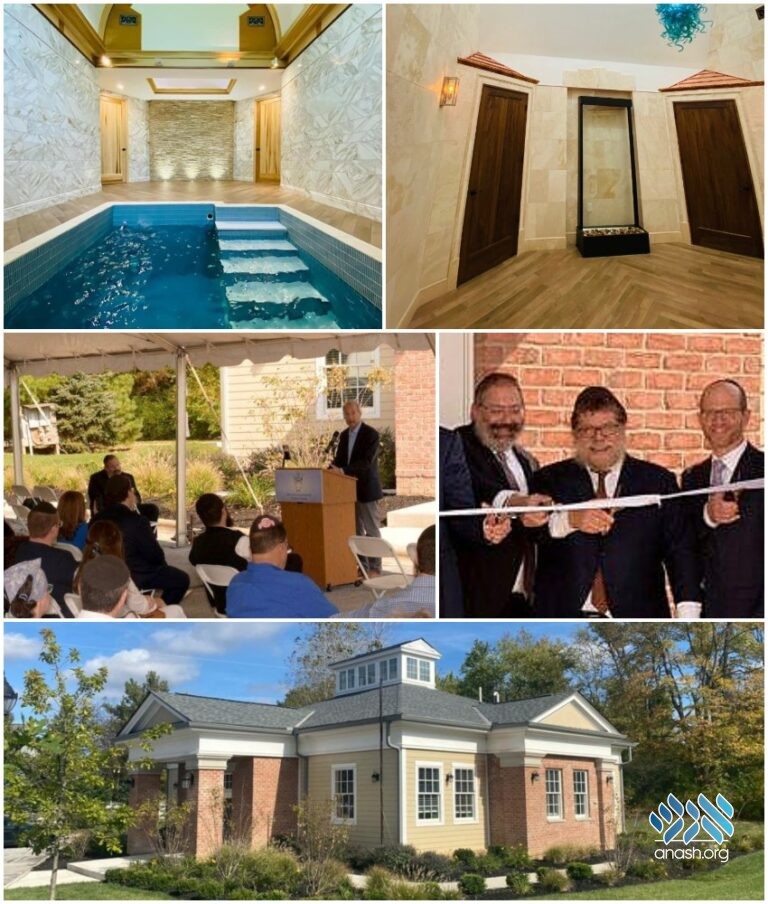 After 8 years of planning, Chabad of Columbus, Ohio, celebrated the grand opening and ribbon-cutting for their newly built $1.3 million Mikva Toras Imecha, on October 10th.

The event was attended by approximately 150 people, including a delegation of rabbis from Mikvah USA, an organization dedicated to building mikvas across the country.

Construction on the mikva, Mikva Toras Imecha, first began in 2018 and was completed in May 2020. However, the covid-19 pandemic forced a delay for the official grand opening.

Participants of the event were addressed by renowned speaker Rabbi YY Jacobson who spoke on the importance of the mikvah in marriage and relationships.

“The Mikva has been in use from literally the very moment it was ready,” says Esther Kaltmann, Shlucha to Columbus, Ohio. “A woman who came for the very first time was moved to tears, as she never experienced Yiddishkeit on a level as beautiful as her experience at our Mikva.”

“Out of the 75 Mikvot that I was involved in building across the USA, this Mikva in Columbus stands among the top 3 ever built, if not the nicest in terms of its sheer beauty,” said

Rabbi Baruch Cywiak from Mikva USA observed that “Out of the 75 Mikvot that I was involved in building across the USA, this Mikva in Columbus stands among the top 3 ever built, if not the nicest in terms of its sheer beauty.”

The Mikva was beautifully designed by Miriam Sandman and its beauty has drawn a nonstop response from women all over the community, many of whom did not even know about Mikva before its opening.

“There is a board member at MOMA, (the Museum of Modern Art in New York) who, after seeing the Mikva shared that after years of traveling the world, has never seen a spa as beautiful as this,” Rabbi Areyah Kaltmann shared.

One first-time Mikva user opened up about her experience, summing up the exact purpose of why the Mikva was built, “My perception of the Mikva has completely changed after using the new Mikva at Chabad Columbus. Never have I felt so spiritually connected.”

“The Mikva’s impact has drawn me closer to Judaism in a way I never expected. My kids have joined the Chabad Hebrew School for the first time and my family has never been so involved in Jewish life. I truly trace it back to the inspiration I felt using the Chabad Mikva,” she reflected.