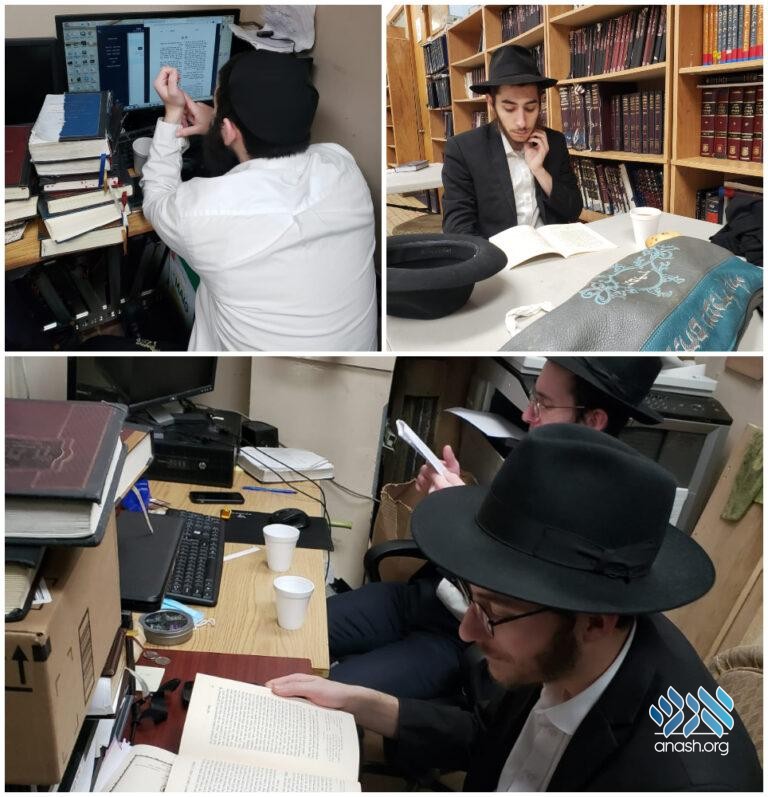 A new initiative by the Vaad Hatmimim for bochurim shluchim in yeshivos around the world gives them the chance to refresh and recharge themselves after devoting a full week to their bochurim.

A new initiative by the Vaad Hatmimim for bochurim shluchim in yeshivos around the world gave them the chance to refresh and recharge themselves after devoting a full week to their bochurim.

“The shluchim are often described as the engine of the entire Yeshiva. It is they who tirelessly devote themselves to the spiritual well-being of every Talmid in their respective Yeshivos,” organizers said.

“But even the best engine can always use some maintenance, and there has been very little support and direction provided to those special bochurim who merit to go on the Rebbe’s shlichus,” they said.

So the Vaad Hatmimim, which is known for its work providing programs and publications catering to bochurim, stepped up to create a program for the bochurim shluchim as well.

A global seder was arranged for all shluchim in Chabad yeshivas across the world, all learning the same topics in Chassidus.

Every month a booklet of selected mamorim is sent to the shluchim, all related to the sugya at hand. In addition, a weekly shiur was arranged for the shluchim, given by Rabbi Yossi Klyne, mashpia of shiur beis zal in the Lubavitch Yeshiva of Baltimore.

The shiur is engaging, giving each shliach the chance to participate so that their learning can be more understood, and allowing them to comprehended more than what the words of the ma’amarim convey at first glance.

In addition, a WhatsApp group was created, where Shluchim are invited to engage in a discussion on the topics at hand. A number of mashpi’im and married shluchim from around the world give of their time to clarify the finer points of the ma’amarim for the shluchim. “A special thanks is due to them,” organizers said.

“We hope that this global initiative will encourage Chassidim around the world to add in their own connection to the Rebbe and the study of his Chassidus. May that be the final step towards the ultimate goal- -Moshiach’s coming – when we will once again hear the Rebbe speak, Torah chadasha m’eiti tezei,” they said.