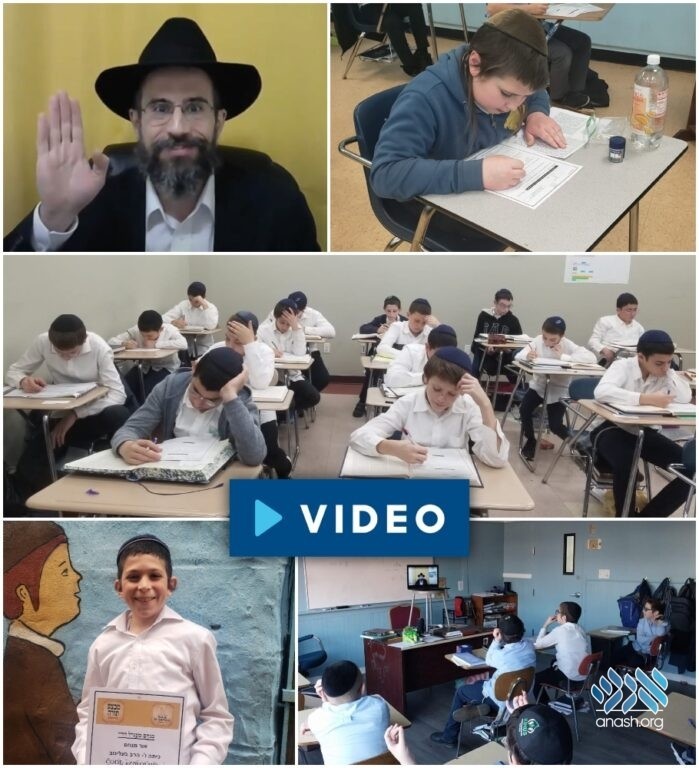 Coral Springs Florida and Chabad Cheder in Buffalo have become the newest schools to jump on the “Gemara Bifnim” bandwagon of Igud Hamelamdim, joining tens of other Chabad schools across the world.

Coral Springs Florida and Chabad Cheder in Buffalo have become the newest schools to jump on the “Gemara Bifnim” bandwagon of Igud Hamelamdim. Designed to teach students how to master the art of learning Gemara “bifnim,” the program has been picking up speed over the past six years, has thus far impacted over 7,000 children.

Although the main goal of the program is to promote skills and tools for engaged learning, the impact of Gemara Bifnim is so much more significant. Studies have shown that a child that feels confident and successful academically, has an overall happier, more calm disposition. Indeed, promoting a holistic approach to Chinuch, one that takes into account the child’s academic and social-emotional development, is really what Igud Hamelamdim is all about.

The cornerstone of the program is “self-motivation.” After a year of comprehensive study, students are given the opportunity to choose from a beautifully designed list of prizes. But nothing comes close to the feeling of being able to complete an entire page of Gemara on their own.

“The art of self-motivation is something we feel strongly about here at Lubavitch Chinuch Organization Igud Hamelamdim,” says Rabbi Avrohom Bluming. “Throughout the year, we hold conferences and iconic farbrengens for Mechanchim. One of the main ideas that is emphasized is the importance of helping our students feel capable and confident in the classroom: not just as a student but as a person. There is no feeling like the feeling of success. Our goal is to help each child taste success and feel confident as a whole. Gemara Bifnim is a really powerful program because it accomplishes just that: building up small increments of success until a major goal is reached. The impact can be tangibly seen in the child as a whole: in the way they interact with their peers, and how they approach learning with more excitement and engagement.”

The program has seen immeasurable growth in the six years since its conception. Over 40 Chabad Mechanchim across the US and Canada have incorporated the program in their classrooms and as of this year, more than 3000 Talmidim over 500,000 minutes have delved into the texts of our heritage like never before.

Much like the process of learning to ride a bike, the goal is for these skills to soon become “second nature,” says Rabbi Avrohom Bluming, director of Igud Hamelamdim. The importance of strengthening these skills is becoming more and more apparent to Mechanchim across the globe as they are the foundation of learning Torah independently.

“Our goal is that Talmidim will begin to feel the enjoyment of learning independently, and will feel the tremendous power in the Gemara’s holy words, as Chazal say: ‘oisiyos machkimos – the text of the letters increase understanding.’”

The program is composed of five core elements to maximize comprehension and retention. First, educationally enriching assessments and exercises are given as a means to guide the student in deciphering and analyzing the text. Chazarah is conducted daily, a rigorous review system that has the students constantly reviewing what they’ve learned. “Yegiah Points,” are awarded to students for their effort, an important part of encouraging self-motivated growth.

The final two elements focus on building consistent review habits. The Daily Chazara Phone System allows students to record themselves for 5 minutes each day, and Shabbos Chazara requires them to review the Gemara they’ve learned each week with a parent or adult.

Every three weeks, each class participating in the program takes a written test on all of the material covered. For each question answered correctly, points are earned towards prizes at the end of the year.

Additionally, Rabbi Bluming appears virtually in the classrooms every few weeks with encouraging messages, and concludes with exciting raffles for gift certificates to various Judaica stores.

The feedback has been overwhelmingly positive. “It’s fantastic,” shared Rabbi Mendy Chazan from Baltimore. “The program has enhanced the boys’ chayus in learning and has them looking forward to learning more.”

Rabbi Zalman Twersky of Chicago had another angle, “Besides empowering and inspiring our students, the program really prepares them for Mesivta.”

In the words of Rabbi Meir Perlstein, fifth-grade Rebbi in Morristown Cheder: “My students are discovering for themselves as the pshat comes alive right there within the holy words of Gemara and Rashi! It’s wonderful to see. Thank you for enabling them to learn Gemara the proper way!”

Rabbi Tom Yahel, a Rebbi at Kingston Pennsylvania, remarked that he was pleasantly surprised to see the overall academic improvement in the classroom as a result of the program. “Gemara Bifnim is not just an additional enhancement or extracurricular program. I was able to see tangible positive results from each of my students as a result of utilizing the tools of testing and review in my Gemara lessons.”