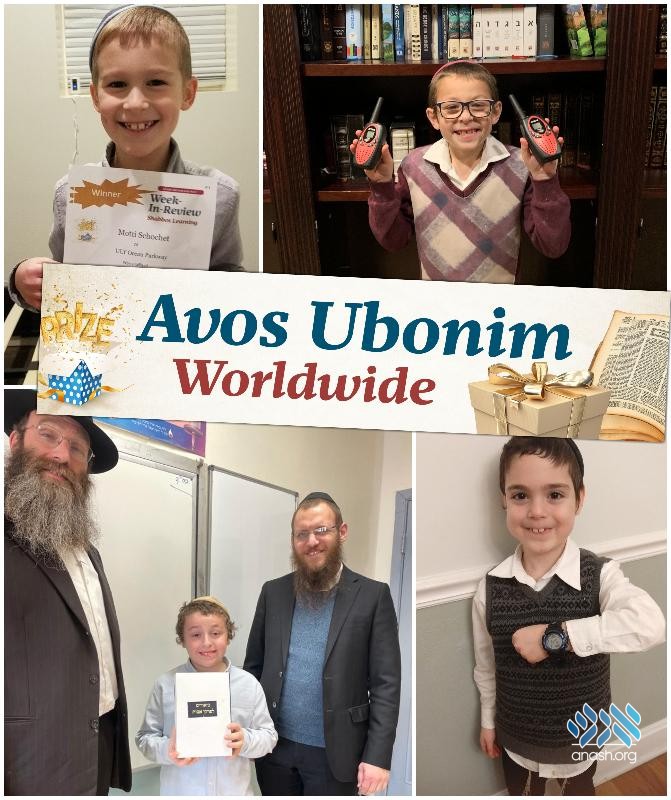 A revolutionary “Father and Son” program unites boys around the world in learning with their fathers and mastering their class study.

Levi from Chicago, IL attends 5th grade at the local Lubavitch Cheder. Like many boys his age, he enjoys learning Gemara but finds reviewing the text inside to be challenging. At the weekly Avos Ubonim in his shul, he would review the Gemara with his father, but since the onset of covid that hasn’t been possible.

When Igud Hamelamdim launched their global Avos Ubonim, Levi and his parents were excited. Now, he could be a part of Avos Ubonim from home!

“Thank you very much for this wonderful program. So nice to have a dedicated time to learn with my son!” wrote his father.

Chaim learns Chumash in 2nd grade in a Florida school where his family is on shlichus. Though many of his friends attend Avos Ubonim, Chaim never had that opportunity, since he lives far from the nearest chapter.

Hearing about Igud Hamelamdim’s global Avos Ubonim, Chaim had his parents sign him up right away. He reviewed the Chumash with his father and won a set of walkie-talkies. Like Levi, he was excited to receive his prize in the mail and looks forward to learning with his father each week.

His mother, Leah, is grateful. “What a beautiful program and initiative. Thank you for encouraging our boys to learn more!”

Since the launch of Igud Hamelamdim’s global Avos Ubonim just over a month ago, hundreds of boys from over 35 yeshivos worldwide have joined. Some don’t live near an Avos Ubonim program, while others are temporarily inactive due to COVID-19 restrictions.

Boys who do attend a local program are also encouraged to join, since this program rewards learning “Bifnim” – inside the text – a learning skill that boys will use for years to come. And it helps the boys retain and remember what he learned.

The excitement from parents and their children alike is remarkable. Fathers are finding gratification in bonding with their children through learning Torah.

Here’s how it works:

1- The child reviews with his father (or other adult) the main subject material he learned in class over the last week (Chumash, Mishnayos or Gemara).
2 – He should read the text “Bifnim” and translate.
3 – Learning must be at least 20 minutes. (If finished, the main subject can go on to the next subject).
4 – Additional 10 minutes, in the same subject or in another subject, earns another ticket in the raffles.
5 – Exciting raffles will be held every Monday. Winners will be announced via email.
6 – Extended participation: Participate at least 17 Shabbosim and receive an automatic prize!
7 –  Learning may be done on Shabbos or on Motzei Shabbos.