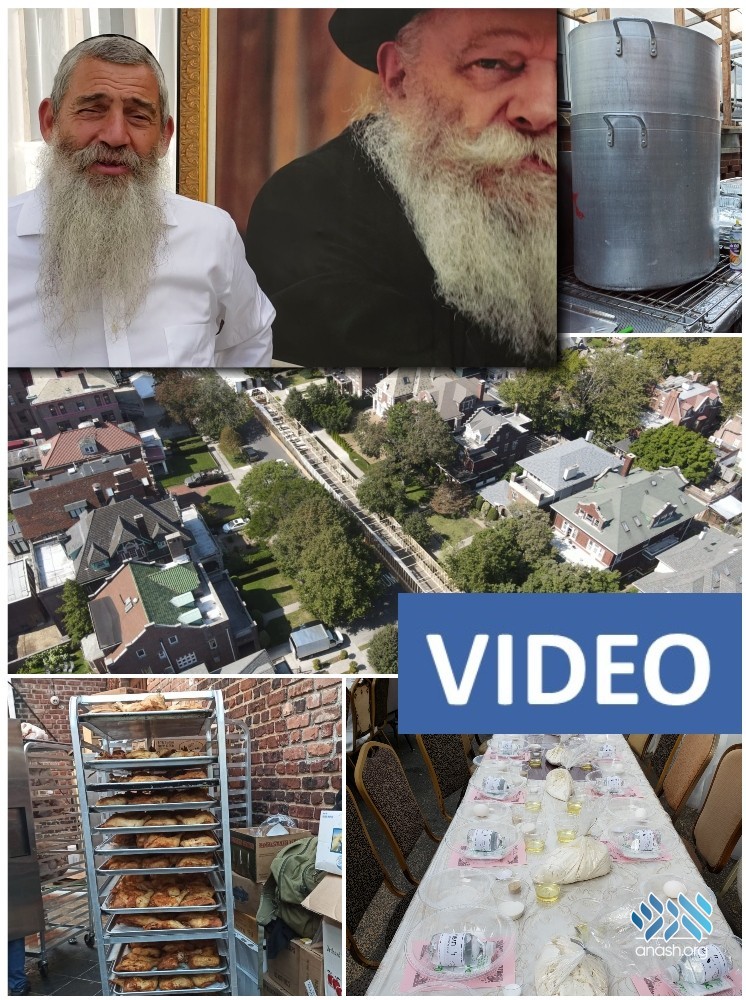 Even with the limited amount of guests coming to Crown Heights for tishrei this year, the Hachnasos Orchim empire of Crown Heights philanthropist R’ Moshe Rubashkin isn’t taking a break. Instead, it’s only growing bigger.

The Rubashkin residence on President Street has become a well known address over the past years. Farbrengens, simchos, events and gathering take place there on a regular basis. Over the past few months, the house also became the go-to location for l’chaims and weddings as all regular venues shut their doors.

But R’ Moshe isn’t satisfied with that. Every Tishrei, his home is transformed into Hachnasos Orchim central, where dozens sleep and thousands of meals are served to the many guests who come to spend Tishrei by the Rebbe.

This year, even as the coronavirus pandemic is severely limiting the number of guests arriving, R’ Moshe isn’t slowing down. He has already hosted hundreds of guests for Rosh Hashana, and as Sukkos approaches, he commissioned a sukkah that spans 300 feet. The Sukkah, built in front of his house on President Street between Kingston Avenue and Brooklyn Avenue, was commissioned after outgrowing the previous Sukkos on his front lawns.

R’ Moshe told Anash.org that he considers it a merit to help the Rebbe’s guests.

“I don’t understand the questions being asked about guests coming for Tishrei this year,” R’ Moshe said. “I learned in Brunoy yeshiva, by the renowned mashpia Reb Nissan Nemenov, who taught us that one must have kaballas ol, one must be a soldier of the Rebbe!”

He said he took inspiration from the chassidim of old, who would travel hundreds of miles by foot to spend Tishrei by their Rebbe.

“In the time of World War II, there was all types of sickness and my uncle Hershel Slavin kept his house open and fed people, disregarding all the dangers,” he said.