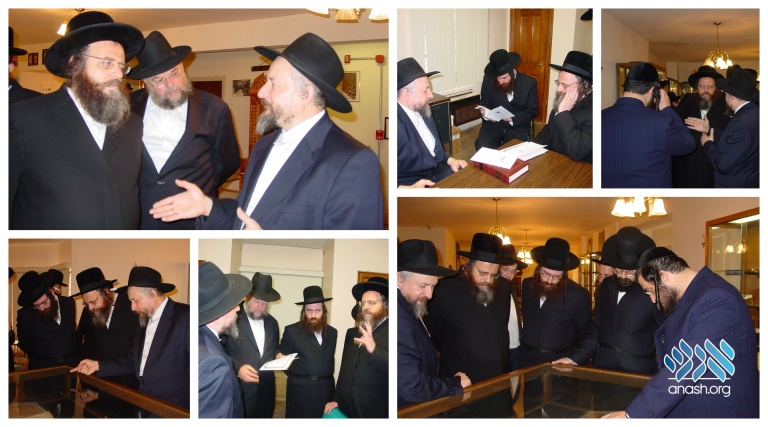 In Cheshvan of 5763/2002, the Rosh Yeshiva of the Gerrer Yeshiva “Sfas Emes” of Yerushalayim, Rav Shaul Alter, visited the library of Agudas Chabad and the Rebbe’s library in Crown Heights.

Photos of the visit have reached the offices of Anash.org.

He was accompanied by his brother Rav Daniel Chaim, Rosh Kollel in Ger, as well as by Gerrer philanthropist Reb Meir Melnik of Boro Park. Reb Chaim Yankel Lebovics also was on hand to greet the distinguished guests.

Sources close to the story tell Anash.org that he was shown many sections of the library that are usually off limits to “regular people.”

The group was given a special tour by librarian Rabbi Sholom Ber Levin.