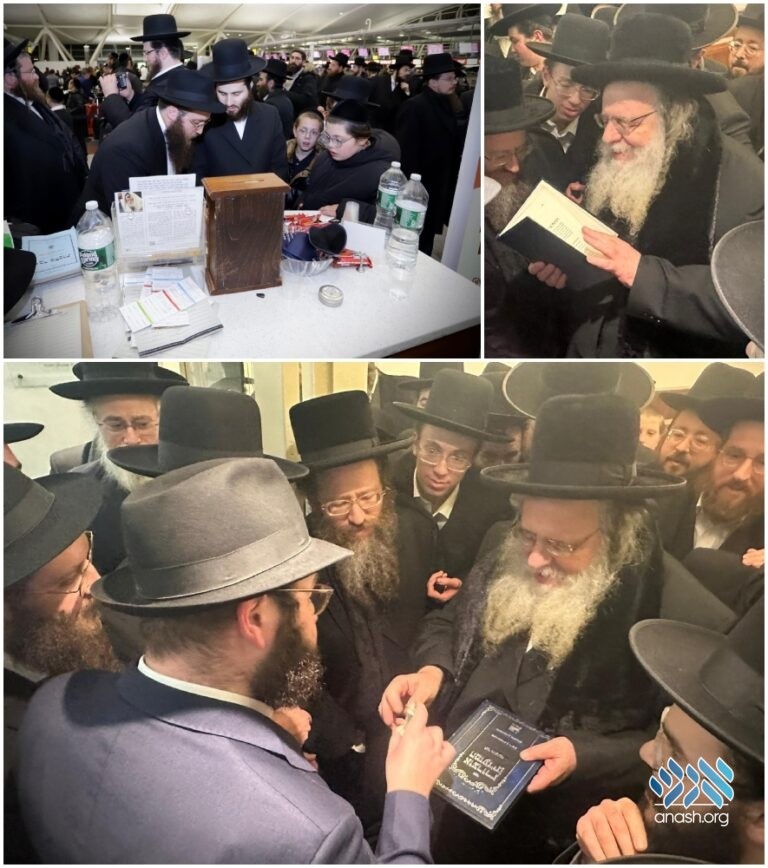 On his way back to Eretz Yisroel, Gerrer Rosh Yeshiva Harav Shaul Alter was greeted by Chabad activists, who presented him with a sefer of the Rebbe’s Torah. He responded by citing a practice of the Rebbe.

While leaving back to Eretz Yisroel escorted by hundreds of Chassidim, the Gerrer Rosh Yeshiva Harav Shaul Alter was greeted by Lubavitcher activists at the Chabad Air stand in JFK Airport, headed by Rabbi Yossi Rapp.

Harav Shaul Alter is the son of the previous Rebbe of Gur the Pnei Menachem, and is today a leader to hundreds of Gerrer families worldwide. He was returning to Eretz Yisroel after a short visit to his community in New York.

While heading to his gate in JFK airport, accompanied by an entourage of his students, Harav Alter stopped by the Chabad Air desk, where he was greeted by Shmuli Butler and the other volunteers. They presented him with the sefer ‘Otzros Hamoadim’, a compilation of the Rebbe’s Torah on Chanukah.

Receiving the sefer, Harav Alter cited a practice of the Rebbe, who, when receiving seforim, would say ‘far a safer darf men tzolen’ – for a sefer, one must pay. Saying that he pulled out some cash and handed it to the bochur.