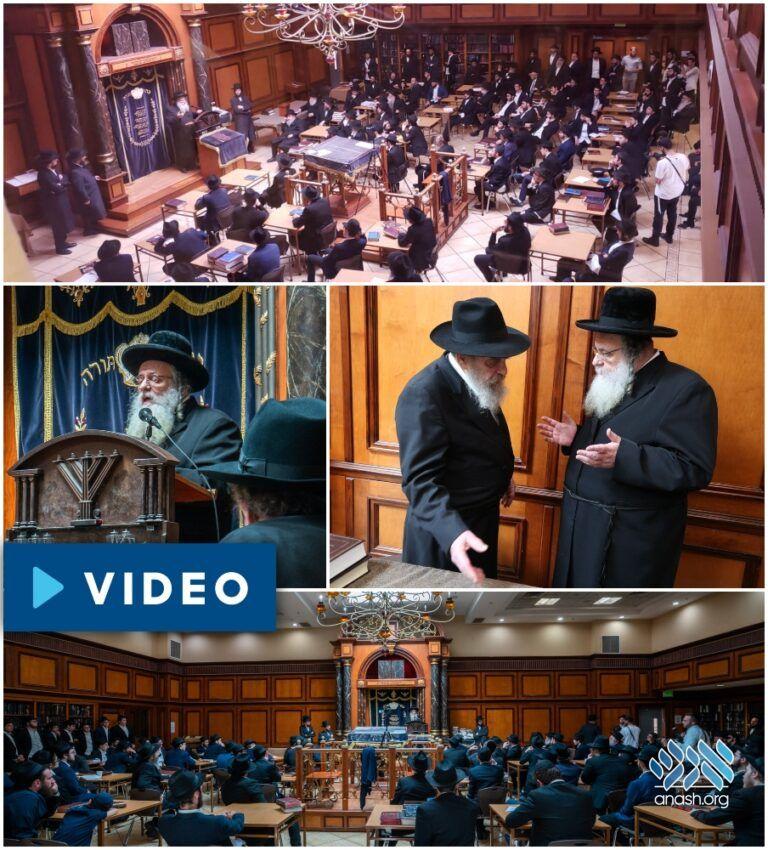 Harav Shaul Alter, the Gerrer Rosh Yeshiva and leader of a faction of Gerrer Chassidim, visited Yeshiva Ohr Elchonon Chabad in Los Angeles on Sunday, and addressed the bochurim.

Harav Shaul Alter, the Gerrer Rosh Yeshiva and leader of a faction of Gerrer Chassidim, visited Yeshiva Ohr Elchonon Chabad in Los Angeles on Sunday, where he addressed the bochurim and the hanhala.

Harav Alter is currently on a trip to Los Angeles to visit supporters and mosdos Torah in the city. The Chabad Yeshiva, under the leadership of Rosh Yeshiva Harav Ezra Schochet, has served as a tower of Torah in the city since its founding in 5738, and Harav Alter paid the yeshiva a visit on the first day of his trip.

After greeting the distinguished guest, the assembled davened mincha, and Harav Alter was invited to address the bochurim and hanhala, along with a number of local community members.

Harav Alter encouraged the bochurim to increase in their hasmada in learning Torah, and related several stories to that effect.