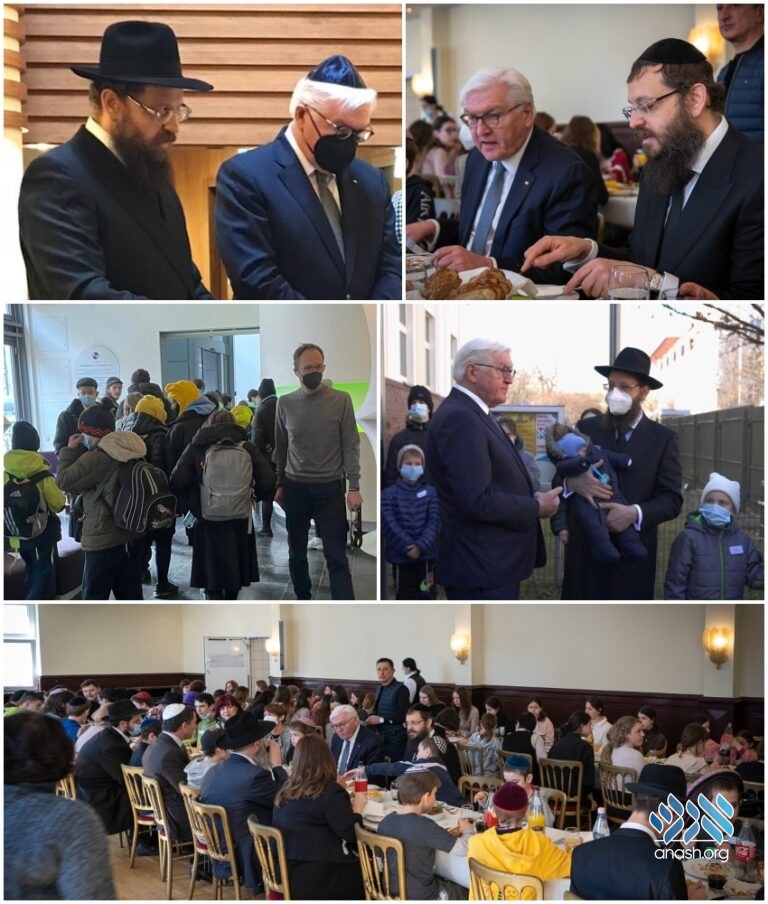 President of Germany Frank-Walter Steinmeier visited Chabad of Berlin on Monday, to welcome the 120 Jewish orphans who arrived in Berlin after escaping war-torn Ukraine.

President of Germany Frank-Walter Steinmeier paid a visit to Chabad of Berlin on Monday, to welcome the Jewish orphans who arrived in Berlin after escaping war-torn Ukraine.

The 120 children from the Mishpacha Orphanage in Odessa, arrived safely in Berlin, just hours before Shabbos, after a thousand-mile bus journey that took them through Moldova, Romania, Hungary, and Slovakia.

“The kids — the youngest of which was 35 days old — were very scared,” Rabbi Avraham Wolff, the Chief Rabbi of Odessa said. “We realized there was no way we could keep them in the city anymore. We had to get them out.”

President Steinmeier praised the relief efforts of Chabad saying “While the war had just begun, Chabad immediately saved people. They serve as an example and that moved me personally.”

For now, they will be looked after by Rabbi Yehuda Tiechtel in Berlin until the situation in Ukraine will allow them to return safely.

Donate to help support the orphans.