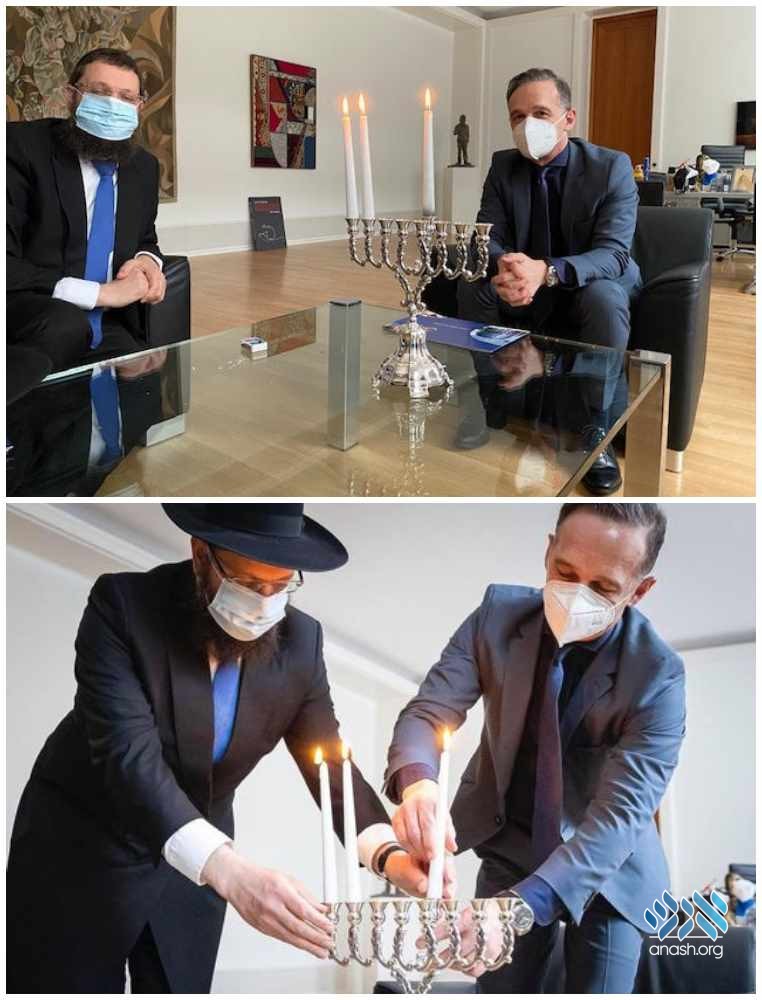 Germany’s Foreign Minister Heiko Maas called it a ‘great honor’ to light the Chanuka menorah with Rabbi Yehuda Teichtal. “My support for Jewish life is part of my DNA,” the minister said after the lighting.

“My support for Jewish life and for Israel is part of my DNA,” the foreign minister said during the lighting ceremony in his office.

Mass, a senior partner in Chancellor Angela Merkel‘s government and President of the Committee of Ministers of the Council of Europe, added during a personal meeting with Rabbi Teichtal that “I can assure you that nothing will change when it comes to my support for Jewish life, Judaism and Israel. It is an essential part of me. I can not do otherwise, so you can always count on me in the future.”

The Foreign Minister called it a “great honor” to be presented with a Chanukah Menorah and light it in his office. The menorah was presented to the senior minister by Rabbi Teichtal who shared with him words about the essence of the days of Chanukah and the illuminating message the Chanukah candles.