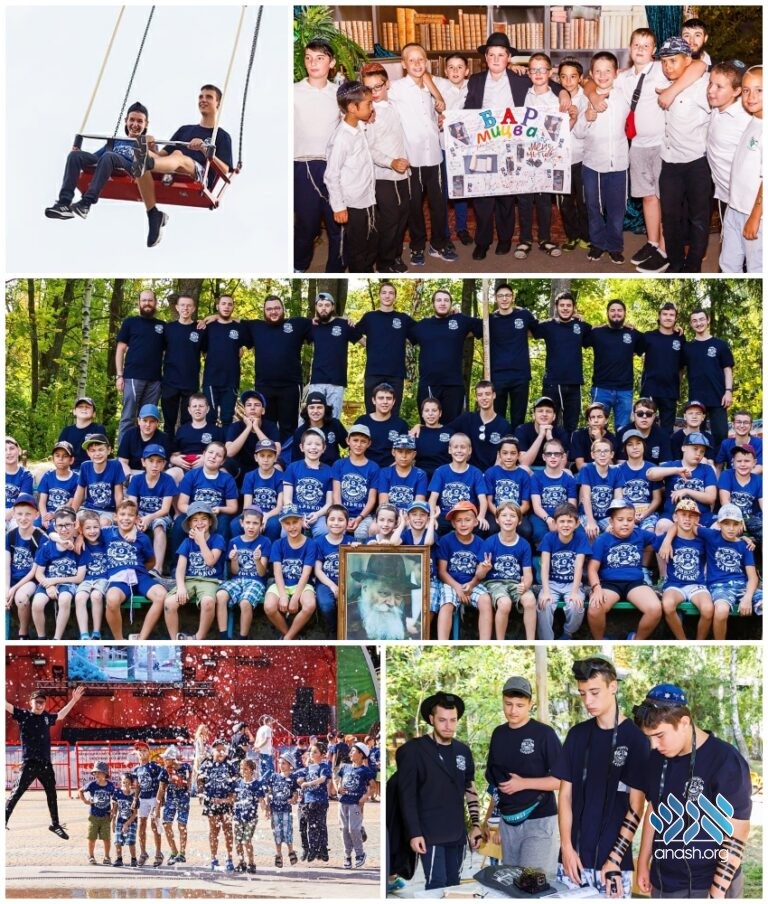 Since it began 30 years ago with 80 students, Gan Yisroel of Kharkov has now served thousands of campers and hundreds of counselors. For many of them, camp was their first taste of Yiddishkeit.

On 9 Elul 5750, the summer of 1990, Rabbi Moishe and Miriam Moskovitz, together with their young son Mendel arrived to Kharkov, Ukraine, then a city in the Soviet Union, to rebuild the Jewish community from the ashes and serve as the city’s Chief Rabbi.

A year later Summer of 1991, 80 students joined a summer camp program in Kharkov. During that summer, the winds of trouble were brewing in Moscow and tanks on the streets threatened a coup and the return of Communism.

Shluchim asked the Rebbe what they should do and the Rebbe clearly said that he was surprised at the question. Despite the community encouraging the shluchim to leave while they could, the shluchim stayed and the seminar continued. From that camp, many of the students returned to their roots.

Kharkov, the second-largest city in Ukraine, has a population of about 1.5 million people. Located in the northeastern part of the country, the city was affected in the early days of the war in Ukraine but has since stabilized.

That year’s camp set the foundation for the years to come and contributed greatly to the expansion of the newly emerging community.

“The following story,” Says Mrs. Miriam Moskovitz, “serves as a beautiful example of the camp’s extensive influence and impact.”

“Seven years after we first started the camp, during the Summer of 1998, a grandmother walked into the Synagogue on Pushkinskaya Street to borrow a book from the library. However, she ended up enrolling her grandson, Yasha, in the ‘Gan Israel’ summer camp.

“Summer came, and by the end of camp, Yasha decided to have a Bris Mila and chose the name of Yaakov. He was determined to follow in the footsteps of his counselor, and years later Rabbi Yaakov Yakimenko became the director of ‘Gan Israel’ in Kharkov.

“This summer, his son Mendel, celebrated his Bar Mitzvah and together with his father chose to celebrate the occasion in the summer camp where they first encountered Judaism.”

This year, his son Mendel celebrated his Bar Mitzva on 9 Elul exactly 31 years since the Moskovitzs arrived in Kharkov! It was befitting that his father chose to celebrate his bar mitzva in camp where he first encountered Yiddishkeit.