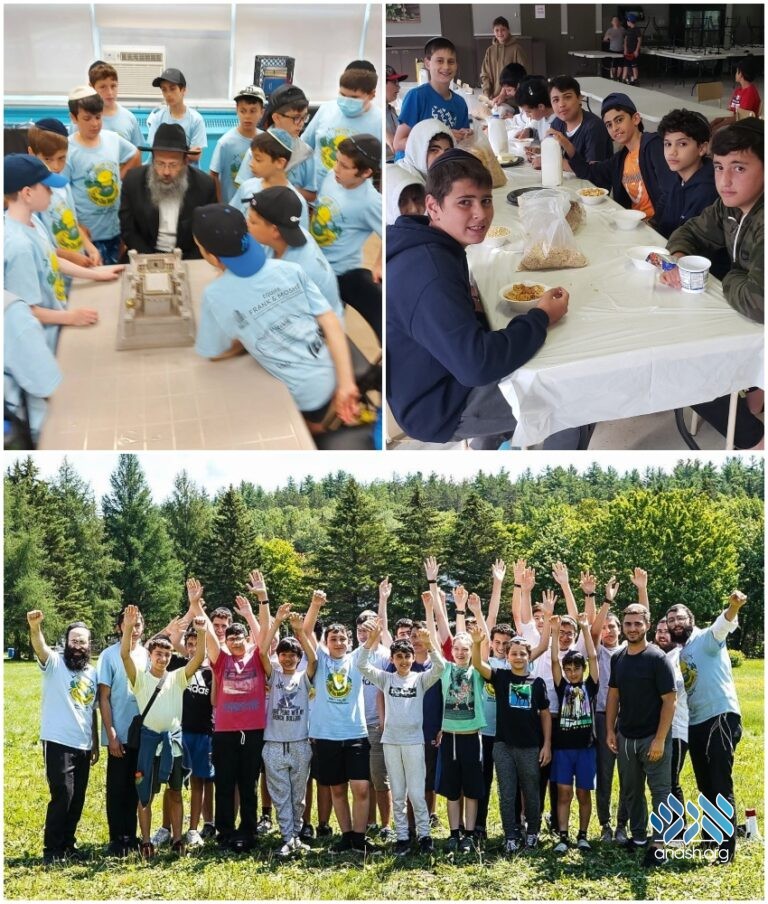 Shluchim and shluchos running Gan Yisroel camps around the world had an easier time planning exciting activities and toichendik lessons, thanks to resources provided by CKids International.

Camp Gan Israel’s worldwide blossomed this summer as dedicated Shluchim and Shluchos worked harder than ever to bring in new children and give them a fun and meaningful summer. To organize a camp means the Shluchim have to wear many hats. Often, they have to play the role of program directors, teachers, taking on financial responsibilities and whatever issues that may arise throughout the summer.

The team at CKids international is keenly aware of their fellow Shluchim’s needs and they decided to help ease their responsibilities, so the Shluchim can focus on what they do best. Months before the summer began, they joined efforts, creating resources and tools so Shluchim can use their valuable time and energy to build new relationships rather than spend all their time creating foolproof schedules or eye-catching marketing materials.

Besides for providing camps with professionally developed activities, the resources have also made the whole camp experience more ‘Jewish’ for the campers. “CKids makes it so easy to incorporate toichen throughout the camp day in an exciting way,” says Mrs. Rivka Sternberg, director of Camp Ohr Menachem in Cote S. Luc, QC. Through combining a stimulating learning curriculum with themed activities throughout the day, the CKids Camp resources ensure that the campers will walk away not only having learned something but with an excitement for Yiddishkeit and for performing mitzvos.

An important aspect of creating this cohesive Jewish experience was making the lessons practical. The children were given the tools to perform the mitzvos learned through weekly Tzivos Hashem rallies, where they were introduced to the week’s mission. Some of the missions were basic mitzvos, such as saying Shema daily, while others focused on character improvement, like training your eye to see the good in everything.

Rabbi Mendy Schapiro, director of CGI North Shore in Sydney, says he’s received significant feedback, reporting that he got 24 campers to buy letters in the Children’s Sefer Torah due to one of the weekly missions. A parent at CGI North Shore described her family’s new bedtime routine, “we have nightly competitions to see who could sing the best Shema Yisrael!”

Directing a camp involves so many different aspects⏤beginning with hiring and training staff, to recruiting campers, to writing up the necessary paperwork, all the way down to perfecting the minute-to-minute schedule. The CKids team has plans to expand the camp resources in time for next summer to help make this humongous task a little easier for CGI directors. Among other things, the plans include a staff hiring portal that will simplify the whole process, as well as provide seamless communication between schools, camp directors, and potential staff.

Anyone who’s been to Camp Gan Israel comes out with the fondest memories and a warm association with Yiddishkeit.  “The famed Gan Yisroel model is built of innovative activities, fun and caring counselors, and the incredible camp spirit. However, the real secret behind the success of CGIs is the love and dedication of the Shluchim”, explains Rabbi Mendy Kotlarsky, Director of Merkos 302, “We are here to make sure they can invest their energy into giving every camper and parent the love and care that will leave them inspired for years to come.”