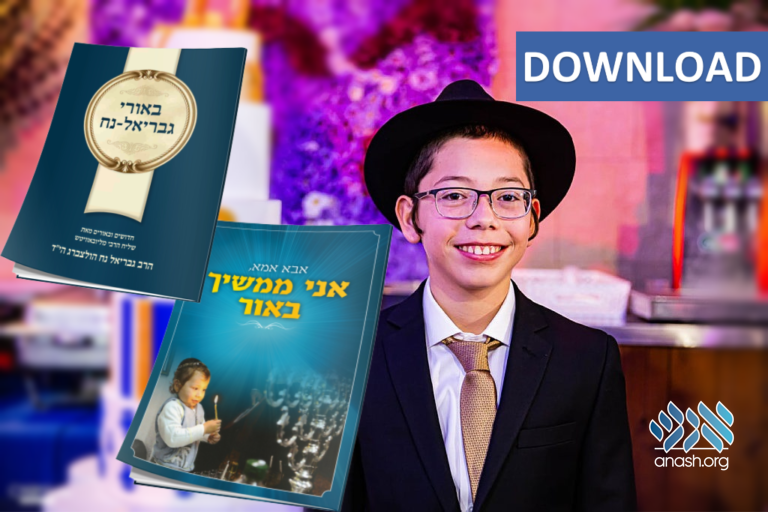 In honor of Moishy Holtzberg’s Bar Mitzvah this week, his family printed a booklet of his father, Gabi’s hy”d chiddushei torah, and an additional publication telling over Moishy’s story.

Two unique teshuros were given out by Moishy Holtzberg‘s Bar Mitzvah this week.

The first, titled “Ani Mamshich B’Or” tells the story of Gabi and Rivky Holtzberg‘s shlichus in Mumbai, the terrorist attack, the miracle of Moishy’s rescue, the subsequent commemoration, and the warm embrace Moishy received from the Prime Ministers of India and Israel. The book also contains the touching words of Moishy to his parents. “Father and mother, you were chosen to make a kiddush Hashem and to publicize the Rebbe’s shlichus throughout the world,” Moishy writes, “I assure you: I will do everything b’ezras Hashem, to go out on the Rebbe’s shlichus and continue to transform the world.

The second, “Chiddushei Gavriel Noach” contains chiddushei Torah which Gabi wrote and published, in kovtzim published by the yeshivos he studied in the United States and Argentina. As an introduction to the kovetz, there is a special description of Gabi and Rivky’s pre-shlichus life.

During the Bar Mitzvah celebration, the teshuros were given to invitees, including rabbis and dignitaries.