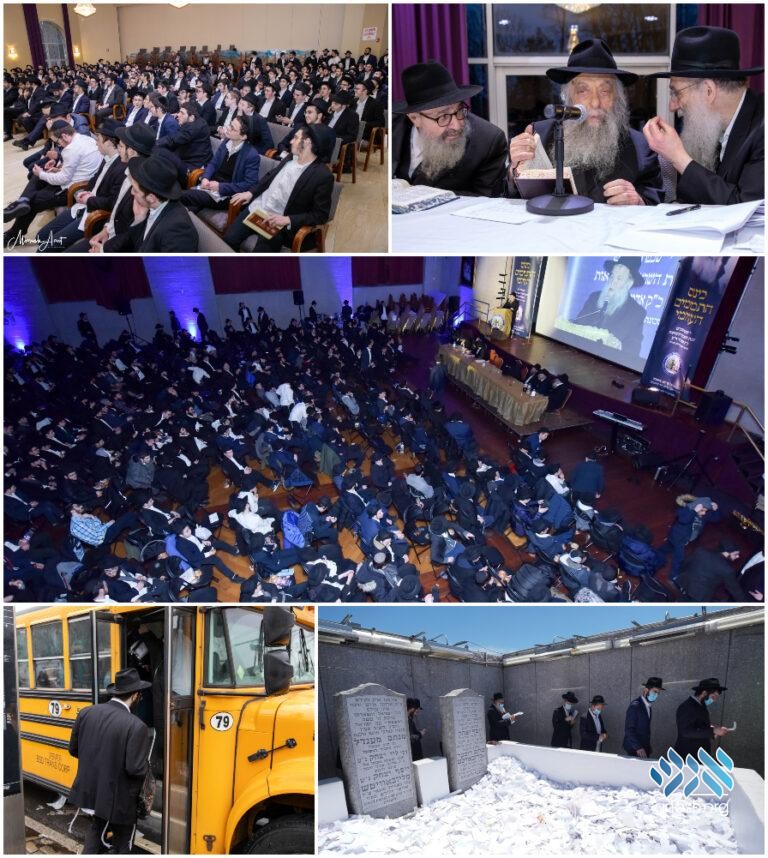 As bochurim arrive in Crown Heights for Yud Shvat, Vaad Hatmimim presents a full schedule for the weekend, with farbrengens and programs, culminating with the grand Halikut Siyum.

As bochurim arrive in Crown Heights for Yud Shvat, Vaad Hatmimim presents a full schedule for the weekend, with farbrengens and programs, culminating with the grand Halikut Siyum.

The 17th annual Kinus Hatmimim at the Rosa hall in Beis Rivkah Lefferts. The program will go through the 70-year-old Farbrengen – Yud Shevat 5711, apart from each Sicha of the Farbrengen will be shown with 7 different Mashpiim speaking about on the Sicha shown and how it is relevant to each Bochur.

The program will begin at 9:00pm EST will be aired live on Chabad.org/vaad and on Anash.org.

Buses to the Rebbe’s Ohel will be leaving from the Deradel at 11:00 am and 2:30 pm with a subsidized price for Bochurim.

Vaad Hatmimim’s 3rd grand Halikut Siyum, where 300 Bochurim will be taking a test on the full Chelek Lamed of Likkutei Sichos. The Bochurim will join a crossfire discussion where they can ask anonymous questions to the panelists Rabbi Yossi Klyne, Rabbi Meir Chaim Posner, and Rabbi Leima Wilhelm followed by the Bochurim who scored the highest mark on the final test will then compete in public on stage, tested by Rabbi Nachman Schapiro, Rabbi Avrohom Gerlitzky and Rabbi Sholom Charitonow. The program will then conclude with a banquet addressed by the Rebbe’s choizer Reb Yoel Kahn, and a keynote address by Los Angeles Mashpia Rabbi Mendy Shapiro.

Take a part in these programs at TheBochurim.com