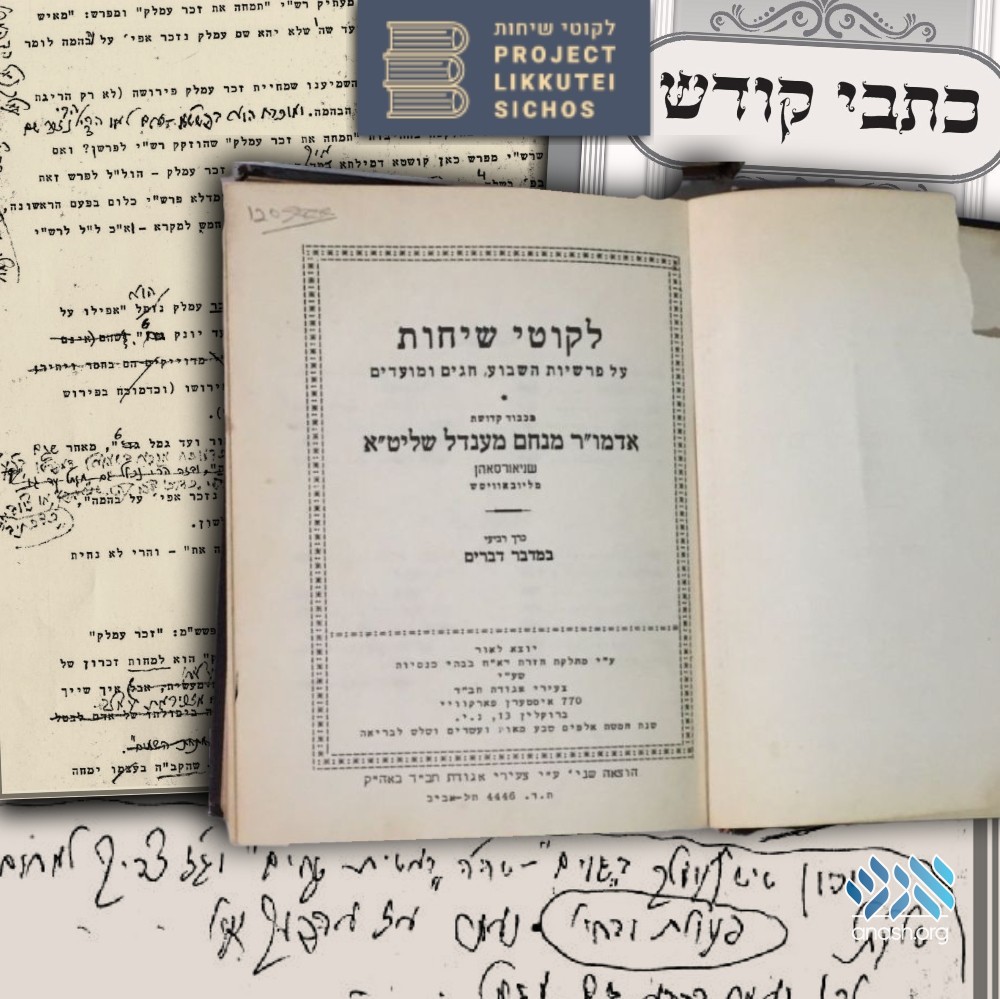 The Rebbe’s complete edits on a Sicha in Likkutei Sichos were published this week for the first time, as part of Project Likkutei Sichos’ vast wealth of resources.

As thousands learn the weekly Sichos as part of Project Likkutei Sichos’ study cycle, a new publication presents the ‘inside story’ of the sicha for the first time.

Every week since Yud Shvat, Project Likkutei Sichos has released a wealth of resources on the weekly study material, including audio classes, video shiurim, summaries, translations and other publications.

Yet, from time to time, a special publication manages to surprise and excite the participants and even those not taking part in the official study program.

Such was the reaction to one publication this week.

In a modest-looking booklet titled ‘Kisvei Kodesh’, a treasure of sorts, closely guarded for decades, was publicized to the public. Contained in the booklet is the full edits of the Rebbe on a Sicha, giving a glimpse into the effort and work behind each page in Likkutei Sichos.

Each “likkut” was prepared by a team, called manichim, who would choose a sicha from a previous year, which would then be rewritten and adapted to the style of Likkutei Sichos.

Upon completing the weekly likkut, they would once again send it in to the Rebbe for editing. The Rebbe would spend hours each week editing the sichos, with most sichos going through at least two editing stages. The manichim would then use these edits to produce the final product, the sicha as we have it in Likkutei Sichos today.

The new publication contains the first and second draft of the sicha, along with many lines of the Rebbe’s handwritten edits. Also published were the questions posed to the Rebbe during the process, and the Rebbe’s answers.

“Parts of these edits were published in various publications during recent years, but a large portion is being publicized for the first time,” the editors told Anash.org. “Additionally, the edits were fully deciphered and typed up for the first time, presenting a completed product to the reader, instead of simply pictures of manuscripts.”