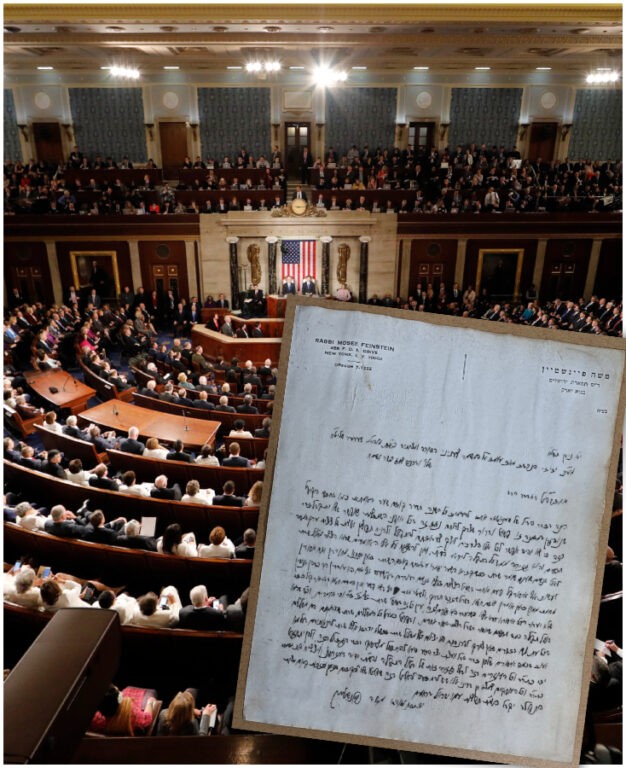 After lengthy discussions in Congress about making daylight savings time permanent, the legislation failed to pass, partly due to the concerns aired by the frum community and how it would affect their way of life.

In recent months, the U.S. Congress has been discussing the idea of making daylight-saving time permanent, the initiative was unanimously passed by the Senate earlier this year but has stalled in the House, unable to reach a consensus.

Among all of the concerns with instituting permanent DST, daylight savings time, Agudath Israel shared the unique and disruptive challenges permanent DST would present to the Orthodox Jewish community, thereby stunting its progress on Capitol Hill.

“It was an intensive few months of working behind the scenes on this issue, which is so fraught with problems for the religious, economic, and family life of the Orthodox Jewish community,” noted Rabbi Abba Cohen, Agudath Israel’s Vice President for Government Affairs and Washington Director.

The concerns of the orthodox community were widely circulated on Capitol Hill including a survey of sunrise time in cities across the country under permanent DST and an analysis by Rabbi Dovid Heber, shlita, of Baltimore, an authority on the luach and zmanim.

After surveying the community and how permanent DST would affect them, two primary concerns were brought to the legislators’ attention. The first related to an unintended consequence the change in DST would have on a fundamental aspect of Jewish religious life – morning davening. Under halacha, tefillas shacharis, and the mitzvos associated with it, are regulated according to solar positioning in the sky and are to be performed no earlier (or later) than at certain specified times. Shul schedules are set up in line with those times.

With a change in DST, and the subsequent later sunrise, the times for davening and its accompanying mitzvos will be altered –which, in turn, will undermine their proper observance, discourage shul attendance, and result in late arrival for work.

“We heard from numerous rabbonim around the country about how this change would completely disrupt daily davening schedules, putting minyanim and tefilah b’tzibbur in jeopardy,” according to Rabbi Cohen. “They were stunned by the research, which indicated that in some cities with Orthodox populations, for varying amounts of time, sunrise could be after 8:00 AM, in other cities after 9:00 AM — times that were incompatible with shul and work schedules.”

Concerns also arose from Orthodox Jewish employees, who would be forced to forgo delayed tefilla b’tzibbur and, because of later times even for private davening, were still not certain that they could arrive at their workplaces on time. The prospect of asking their employers to come late or allowing them to interrupt their mid-morning work with davening, was one they feared would create a tense and tenuous employment relationship. Observance and accommodation of Shabbos and yom tov have become familiar in the workplace; time off for davening – perhaps over a course of weeks — is unknown.

The other primary concern centered around children walking, carpooling, or taking the bus to school in the pre-sunrise darkness and the increased risk of accidents and injuries that could result. Indeed, during the Arab oil embargo in the early 1970s, when a two-year-long DST was attempted, the experiment was cut short to less than a year due to the public outcry over numerous reported incidents of children being killed, injured and assaulted as they traveled to school in the pitch-black streets.

The alternative would be for these Jewish schools – which often include morning davening – to begin the school day at a much later hour, a detrimental change decried by many yeshiva principals and educators, as well as parents.

Agudath Israel’s advocacy on the issue was consistent with a 1971 teshuva to then-Agudath Israel President Rabbi Moshe Sherer, z’l, penned by the Horav Hagaon R’ Moshe Feinstein, zt’l, who addressed the issue during an earlier legislative attempt to make DST permanent. Pointing out the difficulties regarding proper davening facing those who go to work, Rabbi Feinstein wrote that it is clear that we must fight against such a bill with every means of advocacy – and that it constitutes a “gezeirah mamash al hatefila lirai Hashem Yisborach.”

Ultimately, the multi-pronged effort and opposition were successful in slowing down and eventually ending further action in the House. Representative Frank Pallone, Chairman of the House Energy and Commerce Committee, stated that the legislation would not proceed without a full airing of the various issues. And, as the months passed, Chairman Pallone and others on the committee continued to hear about the worries from the orthodox community leading the Chairman to conclude that there was no consensus in the House as to whether to keep the status quo or to go to either permanent standard or daylight saving time.

Rabbi Cohen expressed relief at the House’s decision not to take up the bill. “We hope the issue has been put to rest,” he said, “but we will continue to monitor the legislative docket and, if necessary, let our voice be heard, as there is much at stake here in regard to Orthodox Jewish life.”