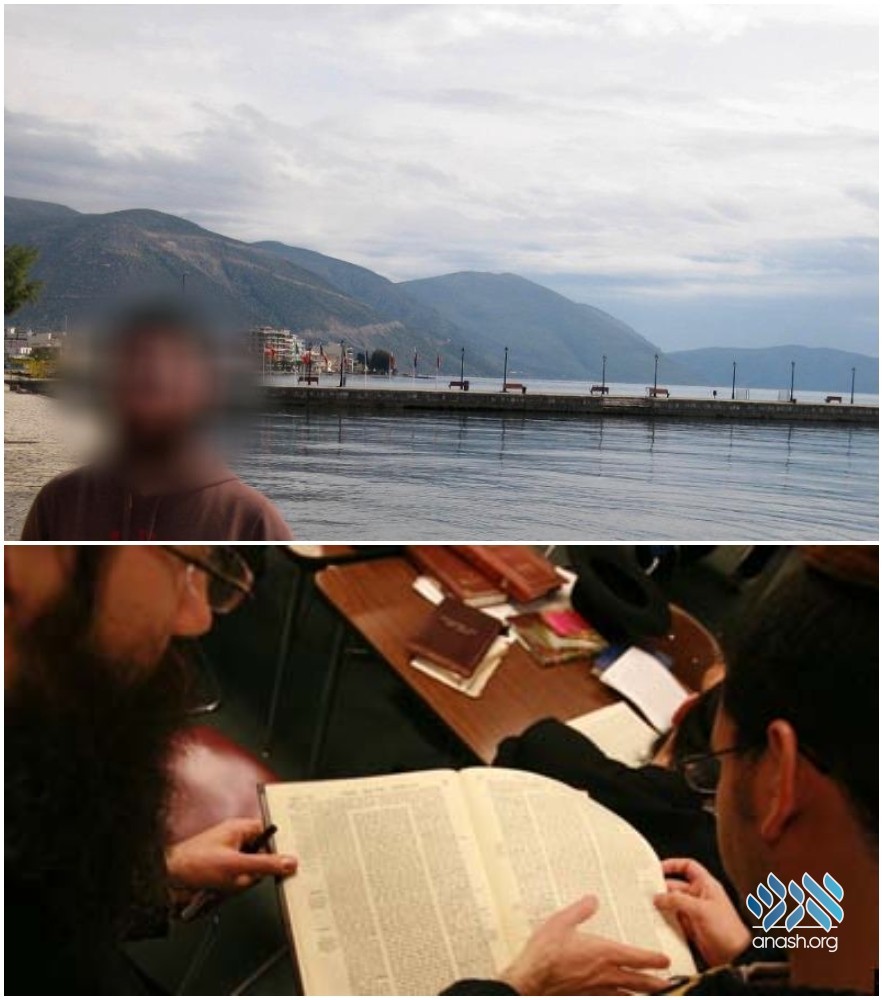 After experiencing violence and abuse, a young yeshiva bochur left his family and traveled to Italy where he immersed himself in another religion. It took a former missionary and lots of hard work to bring him back.

Yochanan grew up in a chareidi home in Yerushalayim, but was kicked out of the yeshivah system at a young age. As a result of the violence and abuse he was subjected to by family members, he decided to leave home and live on the streets.

When, not surprisingly, the street failed to provide him with the care and support he was looking for, he took an unusual step: He obtained a passport, put together a little money and with just the clothes on his back left the country forever.

But he abandoned more than his country. In an attempt to “get back” at those who’d hurt him, he decided to leave Judaism and convert to Christianity.

With that in mind, he headed for Italy. After touring the country and taking in the sights, Yochanan wound up at a monastery in the south, on the island of Sicily. The monk in charge welcomed him with open arms, and Yochanan took the following year to immerse himself in Christian teachings. At the end of the year, he decided to return to Israel to be baptized at the Jordan River.

In an act that was part defiance and part wanting to reconnect to his family, Yochanan sent a message to his mother announcing his planned arrival and its purpose. The mother was beside herself with anguish and called Yad L’Achim for help.

The organization understood that Yochanan couldn’t be won over in a straightforward conversation on theology, and thought of another way to reach him, with his guard down.

In coordination with his mother, Yad L’Achim sent one of its people to the airport to pick Yochanan up and drive him home to Yerushalayim. The driver, who grew up in a Christian family in Europe, trained to become a priest and became a senior missionary in charge of targeting Jews, started an “innocent” conversation with Yochanan.

Where was the young man coming from? Italy. And the purpose of his visit? To be baptized in the Jordan River.

In the casual conversation that ensued, Yad L’Achim’s expert succeeded in opening Yochanan’s eyes to a series of contradictions in Christian teaching that shook the foundations of what he’d learned over the past year.

By the time they’d reached their destination, the two had developed a relationship and were exchanging phone numbers. Yochanan asked if he could call later that night to continue their talk.

The conversation, which lasted until 5 a.m., probed theological questions and those relating to the meaning of life. By the time it was over, Yochanan had changed his mind about baptism, but still refused to hear anything about reconnecting to Judaism.

A Yad L’Achim staffer who’d heard about Yochanan’s painful personal story rallied to the cause, arranging for him to see top psychologists and social workers. After a long process, during which he slowly began to feel acceptance and support, he decided to return to his family and his people.

Yad L’Achim helped him find a respectable job and, as of this past Rosh Chodesh Elul, he began coming nightly to a beis medresh in the Old City of Yerushalayim, where he engages in regular Torah study.

A leading Yad L’Achim official observed: “While the story of Yochanan isn’t typical, not even for us, it is just one of hundreds of cases of precious Jews we save every year from the clutches of missionary cults operating in Israel. Every instance in which we bring a Jew back to his Father in Heaven moves us and instills in us renewed determination to continue this difficult work against a missionary operation that is extremely well-funded by Christian churches. Every success like this is a literal expression of ‘Shuva banim shovavim.’ “

These days, Yad L’Achim continues its efforts to save more and more Jewish souls. “These precious souls who have returned to their core, are the best defenders a person can acquire for himself on the Day of Judgment,” the official continues.