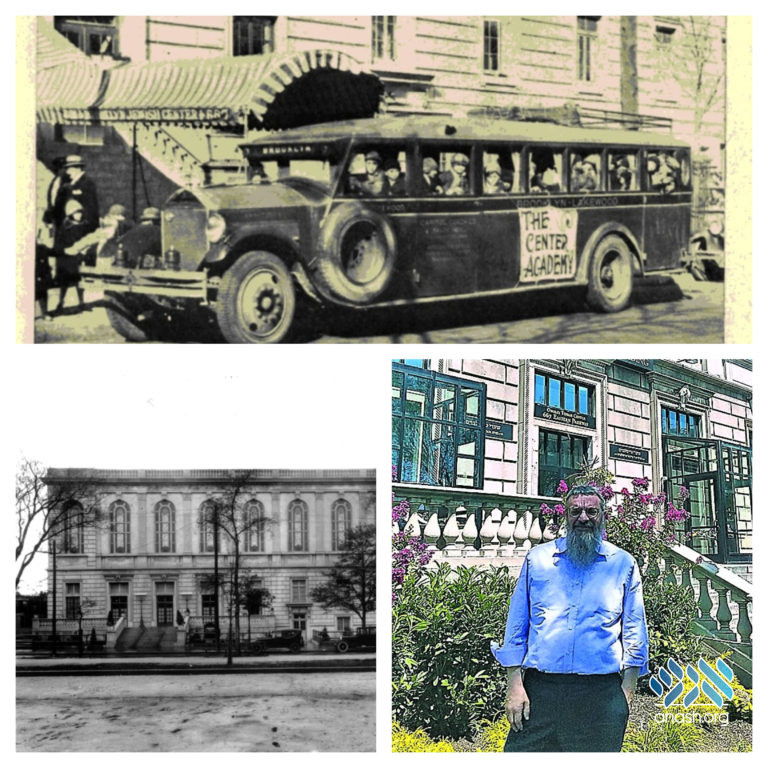 One hundred years ago, the Oholei Torah building at 667 Eastern Parkway opened its doors. Back then, however, no Lubavitchers walked the halls. It was built as the Brooklyn Jewish Center, a community headquarters complete with a banquet hall, restaurant, swimming pool, gym and classrooms. Thousands of Jews passed through annually, attending its Hebrew school, celebrating Bar Mitzvahs, weddings and joining in various other activities.

As the neighborhood began to deteriorate, Jews began leaving, and the center’s membership steadily declined. By 1982 there were too few members to keep the place afloat and the Board of Trustees decided to sell the building.

Mrs. Ruth Sedenberg, whose father was on the board, told the Jewish Press about the options they had to choose between, including selling the land to a developer or accepting the offer of their Lubavitcher neighbors, who remained in the neighborhood at the Rebbe’s behest. “My father went to meeting after meeting, and finally he came back one day, excited that he had succeeded in convincing the board to sell it to Lubavitch and keep it as a Jewish center.”

Although the center received a separate bid of $6,000,000 and Lubavitch could only offer $400,000, they decided to sell the building to those who could maintain its use as a center for Yiddishkeit.

Indeed, the entire building hums with vibrant activity, as hundreds of children, teenagers and adults spend their time there learning, playing, swimming, and attending weddings and other functions.

In 5769/2009, Rabbi Nosson Blumes, the director of development at Oholei Torah created the Brooklyn Jewish Center Circle, connecting the former and present users. “We knew who the original members of the center were, so we started reaching out to their children,” he said. “We saw positive feedback from the people about how happy they were that their building was alive and well.” The years following the circle’s founding saw intensive restoration work done on the aging building, carried on the backs of the Lubavitch community and the families of the center’s former members.

Mrs. Helen Freedman, who attended the center as a child, described it as her “home away from home.” She expressed her appreciation that the building is owned and run by Lubavitch. “I’m very proud to see this,” she said.

Sedenberg, who was also part of the center as a young girl, says she is thrilled! “I’ve always felt they did good things. It’s a thriving yeshiva and Chabad is doing wonderful things throughout the world.”