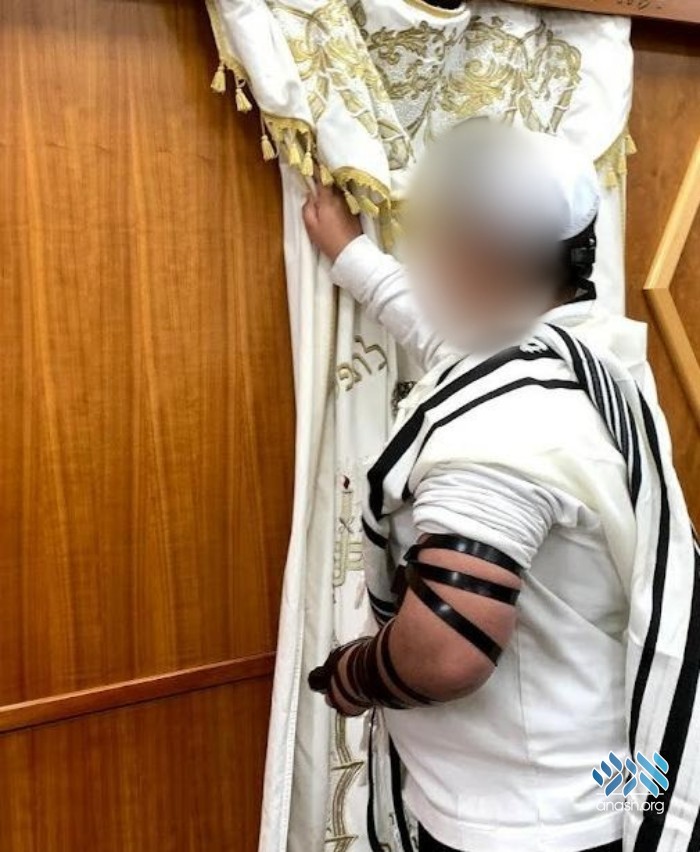 Born to a Jewish mother and Druze father, Avigayil’s life was difficult from the start. When her marriage to a member of an Arab tribe from Lod began falling apart, she called Yad L’achim. Last week, her son celebrated his bar mitzvah in a Chabad shul in Petach Tikva.

Avigayil’s life was difficult from the start. Born to a Jewish mother and Druze father, her childhood was a nightmare. Her parents’ constant fights often spilled into violence that didn’t spare her. When she was 15, her father died, leaving her to care for her depressed mother. It was only a matter of time before Avigayil found herself living on the streets.

Picking up on her distress was an Arab youth from Lod, a member of one of the city’s more dangerous hamulot (tribes). He began a relationship with her, promising her a better, happier life than she had known. Two years later, they were married in a Sharia court and living in a luxury villa that had been built illegally by the family.

But the dream she had been promised turned into an even worse nightmare. She found herself locked up in the house by her husband and suffering severe, prolonged violence, which didn’t stop even after she gave birth to their first son.

What saved her was his attempt to make things even more difficult for her. He had sent her to work for a manpower company so that she would bring home wage slips he could use to get a large loan in her name. When he didn’t make the payments, and the warning letters from the banks and legal notices began arriving, she understood that if she didn’t run away right then, she’d have no future.

With the help of a coworker she made contact with Yad L’Achim and a few days later was rescued with her son to a safe house.

Her rehabilitation was long and arduous, and included many ups and downs, due to her complicated past. But in the end, she truly opened a new chapter in her life.

What helped her overcome the difficulties was Yair, her son from her Arab husband. At her request, Yad L’Achim arranged for his circumcision and, later, provided mentors to help him adapt to his new life in the Sharon region and succeed at school.

Last week was an emotional high point for Avigayil. Yair celebrated his bar mitzvah in the “Tzemach Tzedek” shul/Beit Chabad in Petach Tikvah.

He was called to the Torah and read the brachos like an expert, as his mother looked on from the women’s section, unable to hold back her tears of joy. At her side was the social worker who accompanied her through all the years, who was equally moved.

At the seudas mitzvah that followed, Avigayil thanked Yad L’Achim and the dedicated mentor, Harav Yisrael Raskin. “When I was the victim of severe blows just because I was a Jew, when my son Yair hugged me in fear, I promised that I would do everything possible to raise him as a free Jew, far from the violence that had been forced upon me. I have waited for this happy moment for 13 years; the chance to bring him to the yoke of mitzvos is the closing of a circle.

“My former husband has repeatedly tried to tear him from my hands with threats and lawsuits, but I didn’t give in. I knew that Yair was my future.

“Today, is a great day for me. It’s as if I was born anew. The picture of Yair going up to the Torah and becoming a Jewish adult will stand before my eyes throughout my entire life and support me in difficult moments.”