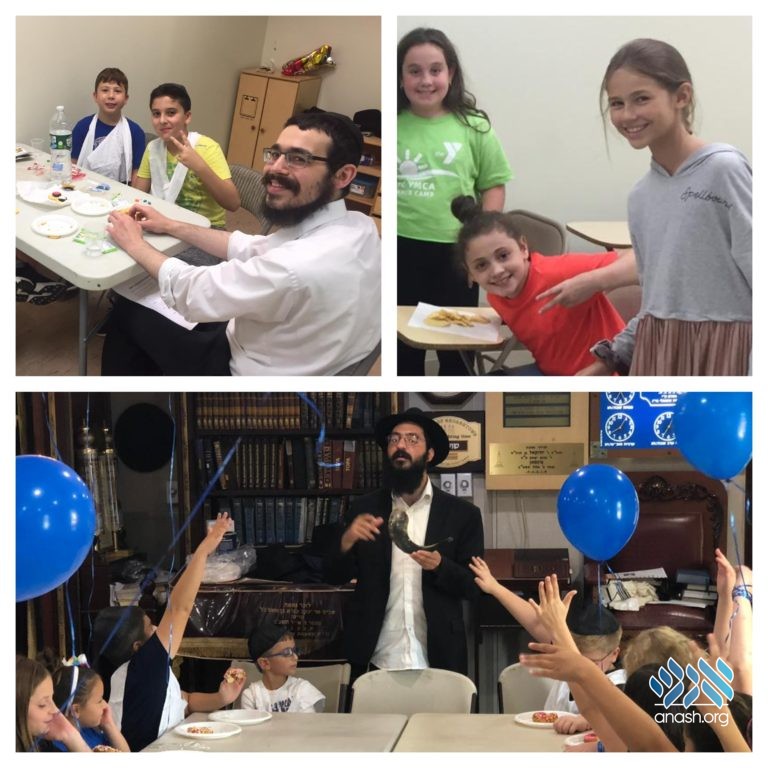 As the day began in public schools across New York, all students gathered together for A Moment of Silence. As they stood in silent prayer, they commemorated the lives sacrificed 18 years ago in a series of attacks that shook this country to the core.

Later on in the day, a select group from each school participated in an additional moment of reflection during a shofar blowing that was held just for them. They are, of course, the students who participate in the weekly Released Time program.

Every Wednesday, public school children all across the state of New York are dismissed from class one hour early and brought to a nearby shul. There, they are met by Lubavitch bochurim who spend the next hour davening with them, teaching them about mitzvos and upcoming yomim tovim, and regaling them with yiddishe stories.

Today was the first day of Released Time for the 2019-2020 school year. Students were greeted with balloons, a kosher snack and lessons on the months of Elul and Tishrei.

Last year, 70 public school students registered in Jewish schools as a result of the program. Today, the bochurim are enthusiastic about a new beginning, knowing that there is no limit to the positive effect they can have on the lives and neshomos of their new charges.