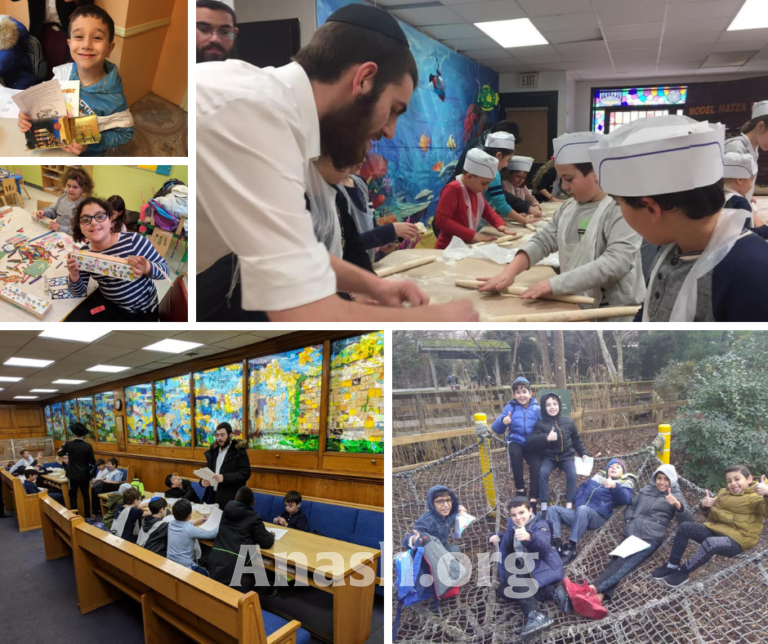 In addition to the weekly program, the organization held special activities throughout the year. On Chanukah, each child received a home visit during which they got to light the menorah- some of them for the first time! For Pesach, each child received handmade shmurah matzah; for Shavuos, Released Time hosted city-wide ice cream parties featuring readings of the Aseres Hadibros.

Released Time hosted day camps in 3 boroughs during the winter and spring breaks, with 160 children participating each time. Inspired by everything they’ve learned and experienced over the year, many of the students signed up to attend Jewish overnight and day camps this summer.

“Now my son lights up when he talks about being Jewish, and takes pride in teaching other people about it,” wrote Mrs. Polishchuck in a letter to organizers of the program. “The Released Time Program has given him more than I could have ever expected.”

A letter in a children’s Sefer Torah was purchased for each participating student; all together, 1,200 letters were purchased! Each child received a certificate indicating in which section of the Torah their letter is found.
New for This Year, Released Time published a magazine with Torah insights and Mitzvah projects with rewards for the children. This magazine was mailed to each child’s home.

“I am proud to share that over the past 12 months, 70 Released Time children left public school and moved to Jewish Schools!” shared Rabbi Sadya Engel. “[The resulting] increase of Torah, Mitzvos and acts of goodness and kindness will surely hasten the coming of Moshiach!”