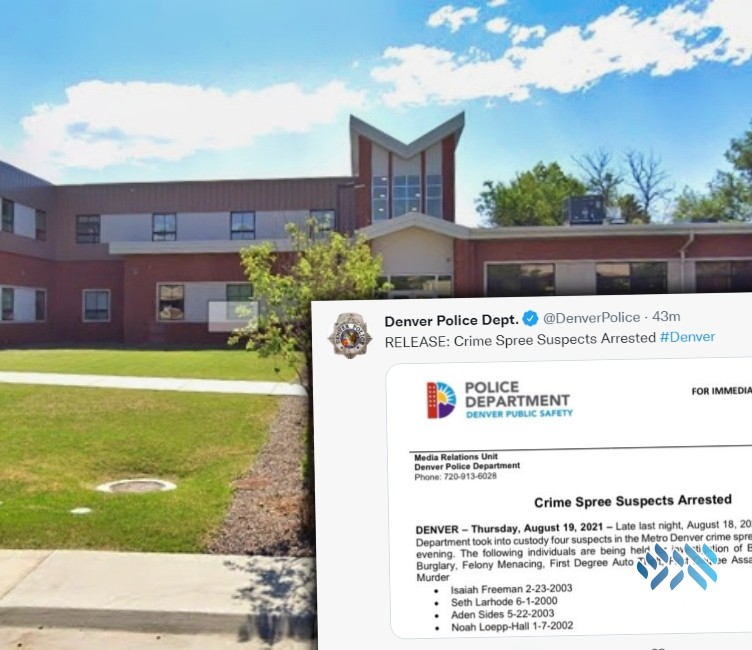 Denver police on Thursday announced the arrest of four young men after a crime spree on Tuesday in which one person was hurt and yeshiva student Shmuel Silverberg was killed. A fifth suspect remains at large.

Denver police on Thursday announced the arrest of four young men after a crime spree on Tuesday in which one person was hurt and Shmuel Silverberg was killed. A fifth suspect remains at large.

The suspects were arrested on Wednesday night. They are all 21 or younger. They were identified as: Seth James Larhode, 21, Isaiah James Freeman, 18, Aden Sides, 18, and Noah Loepp-Hall, 19, are all in custody facing multiple charges, including murder, burglary, aggravated robbery, aggravated motor vehicle theft, menacing and assault.

Despite evidence that the fatal shooting was premeditated, with the shooters entering the yeshiva building at firing at numerous individuals, the Denver Police Department say the crime is not being viewed as an anti-Semitic attack.

“We continue to send our condolences to those who were impacted by these terrible crimes,” said Chief Paul M. Pazen. “The suspects were taken into custody after Denver Police investigators, members of our Crime Lab, the Denver District Attorney’s Office, and local and federal partners worked tirelessly during the past 36 hours to identify and arrest these suspects. Violence will not be tolerated in Denver.”