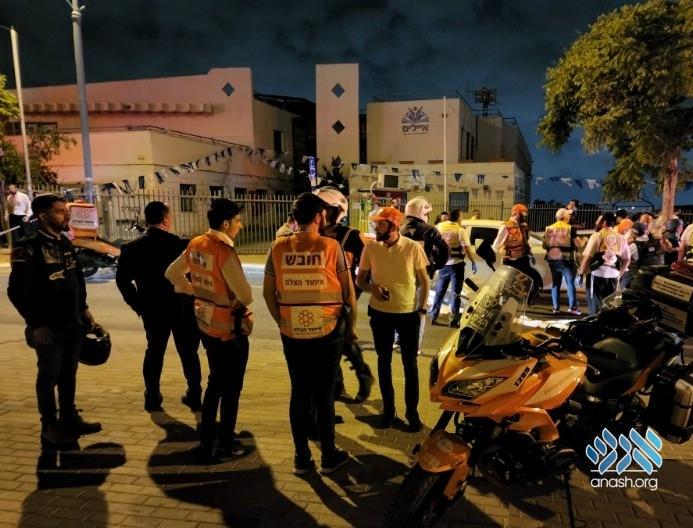 Three victims were murdered and others injured after a terror attack on Ibn Gvirol Street in Elad, Eretz Yisroel on Thursday night.

Three victims were murdered and others injured after a terror attack on Ibn Gvirol Street in Elad on Thursday night.

Magen David Adom and United Hatzalah are on the scene treating the victims – some of whom are in critical condition.

Eyewitnesses claim the terrorist was seen carrying a hatchet and a knife.

The terrorist remains at large and there is an active manhunt underway by Israeli Security Forces.

United Hatzalah volunteer EMT Moshe Sa’adon, the head of the Elad chapter for the organization who was one of the first responders at the scene said, “Unfortunately, one of the people injured in the stabbing incident was pronounced dead at the scene. We had performed CPR on him in an attempt to save his life but were unsuccessful.

The Psychotrauma and Crisis Response Unit from United Hatzalah is active at the scene and providing emotional stabilization to a number of people suffering from emotional and psychological shock as a result of having witnessed the incident.

Lastly, I have instructed my teams to conduct a search in the immediate vicinity for any additional people who may have been injured but fled the area.”