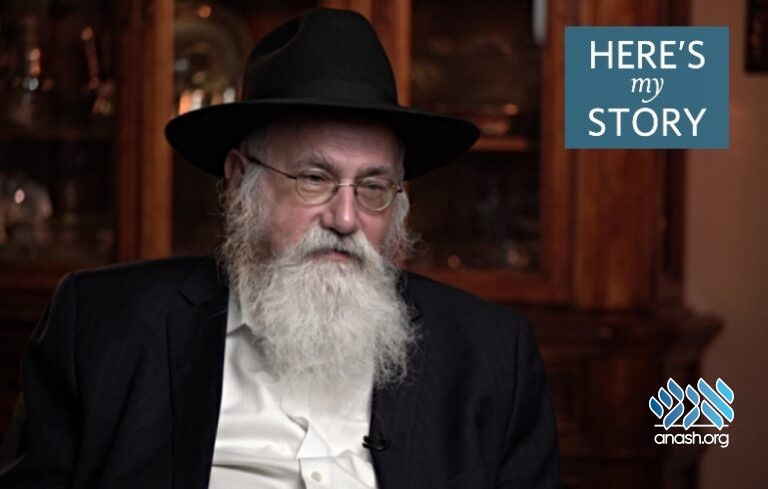 When Rabbi Shmuel Langsam’s young son developed a hernia, he was unsure whether to undergo and which doctor he should choose to perform the operation. The Rebbe’s answer was simple: “In all of the above, follow the advice of Dr. Feldman.”

Rabbi Shmuel Langsam is an insurance agent who resides in Crown Heights. He was interviewed in April of 2017.

It was 1979 when my two-year-old son developed a hernia. It wasn’t too serious, but we went to a few doctors, and they all told us he would need an operation. So I wrote to the Rebbe with two questions: Firstly, whether to undergo the operation. Secondly, if so, which surgeon to use, as each of the doctors had recommended someone else.

The Rebbe’s answer was simple: “In all of the above, follow the advice of Dr. Feldman.”

Dr. Robert Feldman has been a community physician in Crown Heights for many decades now, but at that time he was practicing in the Bronx. We had already gone to see him, and having heard his opinion, we assumed there was no reason to ask again.

But Rabbi Binyomin Klein, the Rebbe’s secretary (and a cousin of ours), suggested otherwise. “Dr. Feldman was just with the Rebbe today,” he told me, “and they likely spoke about your son’s case. You might be able to learn more about what the Rebbe said.”

Rabbi Klein advised that we visit Dr. Feldman in person instead of calling him. So we went to the Bronx, and Dr. Feldman told us what happened.

“Can you do me a favor?” the Rebbe had asked him.

The doctor, of course, replied that he would.

The Rebbe told Dr. Feldman about my letter. “You advised him to see a Dr. Soe in the Bronx,” the Rebbe said. “But I was thinking that maybe you should send him to Toronto.”

The Shouldice Hospital in Toronto, to which the Rebbe referred many people, was dedicated exclusively to hernia repairs. They had a method of operating without general anesthesia, which the Rebbe thought was best to avoid, and this is why he wanted Dr. Feldman to send us there.

“But,” the Rebbe went on, “I don’t know if they would do this procedure on a two-year-old, as he might be too young. Could you please call the hospital and check whether they’d perform their special method on such a young child?

“And one more thing: If they’re willing to do it, try to schedule it for the 25th of the Hebrew month of Sivan.” The date the Rebbe gave was a little more than two months away.

Dr. Feldman assumed that must be an auspicious day on the Jewish calendar. But the Rebbe picked up on his assumption and sought to clear up any misunderstanding. “I didn’t pick it because it’s a special time. His wife’s sister is getting married in Toronto on the 24th, so they’ll be in town anyway. Why should they make a second trip?”

In the end, the hospital wouldn’t perform the operation on a toddler, so we went to Dr. Soe. But we were able to see how the Rebbe had all this information inside his head. He kept track of who my sister-in-law is, and when we’d be traveling for her wedding – and all of this, without checking the invitation!

You don’t need to look up the date of your child’s upcoming wedding, right? Well, that day the Rebbe made us feel like his children.

Which brings me to this other story, with my mother, from many years earlier, when I was just four years old.

My mother hadn’t been feeling well, and she went from one doctor to another, until one day in the middle of Chanukah, a professor in Manhattan told her that she had cancer.

It was 1952, and there were no treatments that could cure her of the dreaded disease she had been diagnosed with. The professor told her to go home and enjoy her family for the next couple of months, and that would be that.

My mother did get on the train, but she went directly to 770.

She marched up to Rabbi Hodakov, the Rebbe’s secretary, and declared, “I need to speak with the Rebbe.”

“In the middle of the day?! You can’t do that.” The Rebbe didn’t meet people during the day. And as it was Chanukah, there weren’t any nighttime appointments either. Besides, there was a long waiting list. “Maybe we can get you something in three months from now,” said Rabbi Hodakov.

“I don’t have three months,” my mother protested. “I need to see the Rebbe now!”

They went back and forth, with Rabbi Hodakov suggesting that she write to the Rebbe and she insisting on speaking with him in person. In the end, she wrote to the Rebbe that she wanted to talk to him. When Rebbe Hodakov came out of the Rebbe’s office, he told her that the Rebbe agreed to speak with her. She was to wait at the Rebbe’s door after afternoon services.

When the Rebbe walked up to his study that afternoon, you can bet my mother was standing there. She told him about her condition.

Before I tell you the Rebbe’s response, I need to explain my mother’s background. In 1946, she had fled the Soviet Union as a most wanted criminal. What was her crime? While living in Samarkand with my father, she had been working to help other Jews escape the clutches of the communists.

Others forged documents to help these beleaguered Jews escape. But my mother managed to obtain real papers by paying off a woman who worked for the NKVD. My mother would fill out the paperwork, hand them to this woman in a bathroom someplace, and she’d get them back stamped and approved. Many people in our community managed to escape the Soviet Union using these passports.

Years later, Rabbi Simcha Gorodetzky, a chasid who had been jailed for illegally spreading Judaism in Russia, told us that at one point the authorities offered to lighten his sentence if he would help them find my mother. She had been in America for nearly ten years by that point, but they were still trying to find her. They’re probably still looking.

All this is to say that my mother was not a woman who was easily fazed. So as she was frantically telling the Rebbe that the doctors had given her just two months to live, he slowed her down. “I don’t recognize you from Samarkand!” he exclaimed.

The Rebbe himself had never been to Samarkand, but he knew of the dangerous activities she had been involved with there. It was his way of telling her that a brave person like herself did not need to become hysterical after hearing one diagnosis from one doctor.

“Listen to what I’m telling you,” the Rebbe said. “Go home. Give your children Chanukah gelt, make latkes, and forget about what the doctor said.”

My mother never heard another word about that cancer, and she went on to live another forty years.