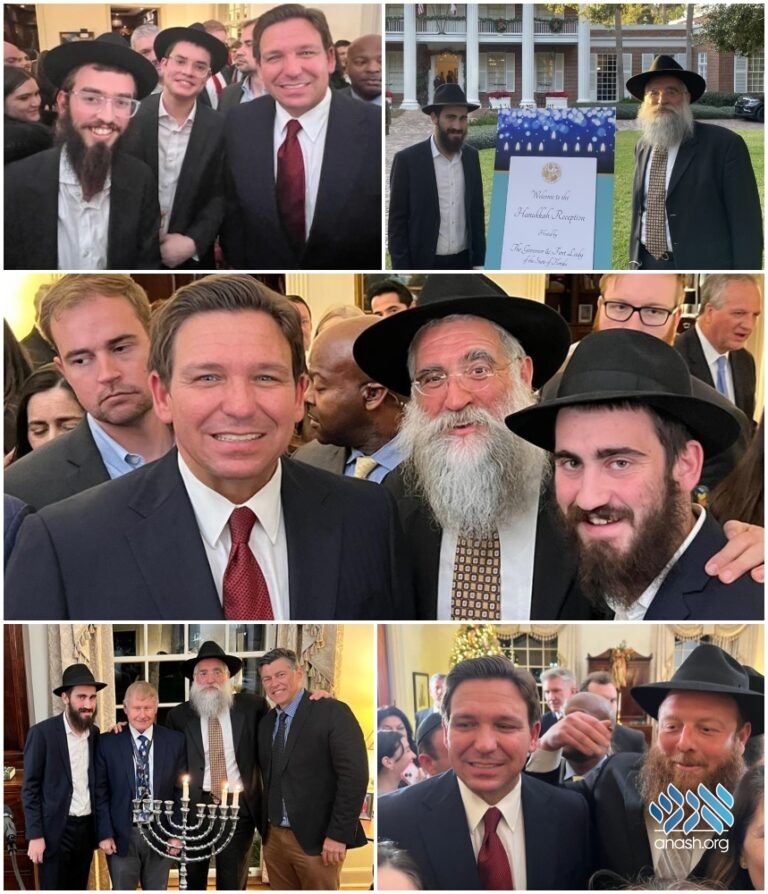 A number of shluchim were invited to an exclusive Chanukah party hosted by Florida Governor Ron DeSantis in the governor’s mansion. Children of Surfside victims lit the menorah.

A Chanukah party and menorah lighting was hosted by Florida Governor Ron DeSantis and First Lady Casey DeSantis at the Governor’s mansion in Tallahassee, Florida.

In attendance at the party, which was by-invite only, were a number of Chabad shluchim from across the state of Florida, including Rabbi Yitzchok Minkowicz and Rabbi Peretz Meir Simcha Minkowicz, shluchim to Southwest Florida, Rabbi Schneur Oirechman of Tallahassee and his children Ari and Sholom, Rabbi Nochum Kurinsky of Chabad of the Beaches and Rabbi Pinchas Taylor of Plantation, Florida.

Before the ceremony began there was a minyan for mincha in the beautiful outdoor garden on the grounds of the Governor’s mansion.

During the party, a menorah was lit, with two candles being kindled for the second night of Chanukah. The menorah was lit by family members of the victims of the Surfside Tower Collapse.

Attendees then enjoyed a glatt kosher meal and refreshments, which were provided in abundance for all those there.