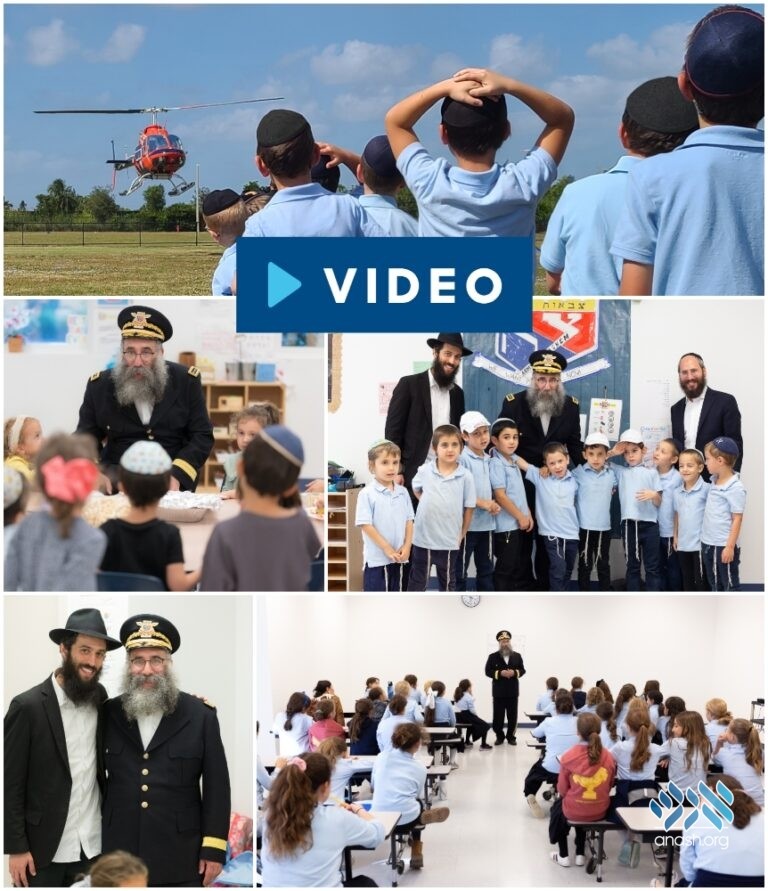 Remember the special visitor who arrived in Cheder Chabad Florida by helicopter? It was none other than the beloved general of Tzivos Hashem, there to lead a global rally.

On what began as a typical school day, students of Cheder Chabad Florida suddenly found themselves outdoors, standing and ready on the front lines.

With tremendous excitement, they watched in awe as a helicopter landed right before them.

Emerging from within, was none other than Tzivos Hashem General, Rabbi Shimmy Weinbaum!

Cheder Chabad Florida had been chosen to lead the entire world in the Chof Cheshvan Tzivos Hashem Rally.

With Shnas Hakhel in full speed, select schools from across the globe will have the unique opportunity to lead rallies this year, and Cheder Chabad Florida was given the honor to lead the very first one.

Thousands of children from around the world got to see Cheder’s Chayolim in action, as they led the way as true examples of what a Tzivos Hashem base and its soldiers should be.

With cameras rolling and from atop a podium, Rabbi Weinbaum empowered the students in their missions as Chayolei Tzivos Hashem and led them in the 12 Pessukim.

Once indoors, Rabbi Weinbaum went into each classroom to inspire chayolim of all ranks and ages.  With his unique understanding and emesdig charisma, Rabbi Weinbaum was able to connect to all classes from young to old.

And if all that were not enough, the two highest ranking Chayolim of Cheder, Yossi Kotlarsky and Menachem Feldman, were welcomed aboard the helicopter and enjoyed an exciting ride! Their experience was a highlight of the broadcasted rally.

Students and staff alike were What a day it was! What a zchus to have been given!

“Leading the rally truly empowered our students to become Tzivos Hashem leaders. Missions are now meaningful. Chayolim feel connected and seen. Most importantly, they are now ready to fulfill the army’s ultimate goal; to bring Moshiach now,” he said.

A special thank you was given to Rabbi Bentzy Deray, the Cheder’s base commander for arranging this unique rally.