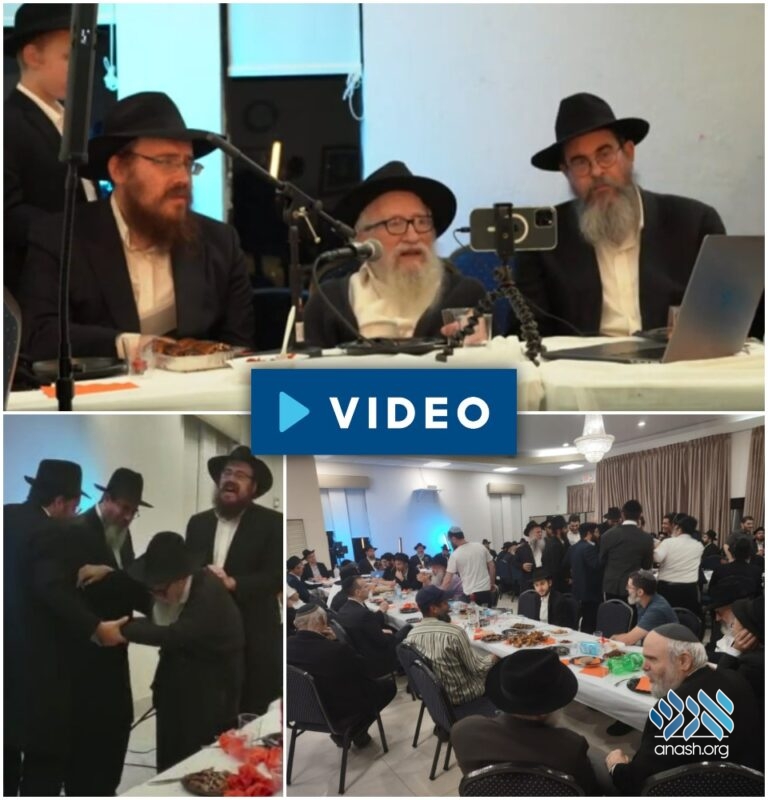 A Yud Beis Tammuz farbrengen in North Miami Beach with mashpia Rabbi Yossi Paltiel and Florida Head Shliach Rabbi Avremel Korf inspired the crowd that gathered in-person as well as many from around the world who tuned in on Anash.org.

A large crowd attended a farbrengen in North Miami Beach celebrating the birthday and chag hageulah of the Frierdiker Rebbe.

At the start of the farbrengen, Rabbi Korf spoke with great admiration about the work and yeshiva of Rabbi Storfer, saying that when he was approached about the idea to open the yeshiva, he did not believe it was possible, but now, baruch Hashem, the yeshiva was successful and constantly growing.

A full fleishig Seuda was served, and musical accompaniment was by Moshe Pekkar.

Many hundreds of people from around the globe joined a live stream of the Farbrengen, hosted exclusively on Anash.org.