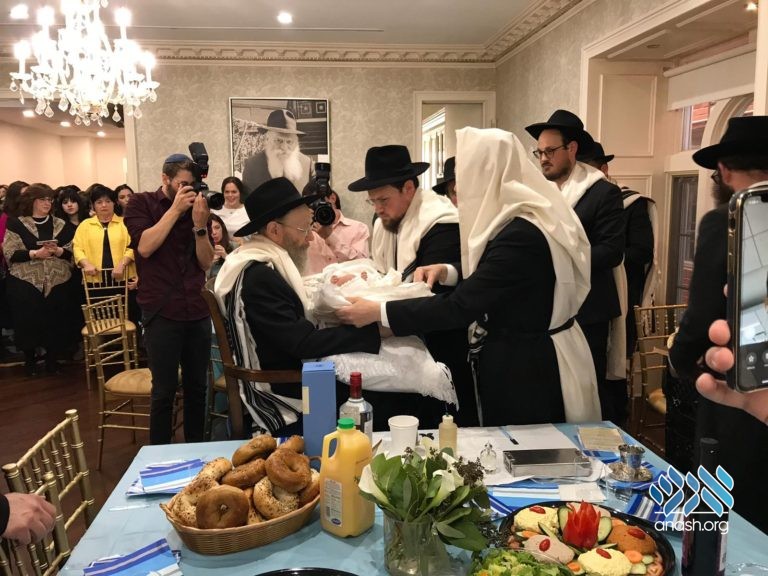 Just ten days after the tragic passing of shliach Rabbi Tzemach Cunin, a”h, a young baby was named after him.

Born to Sholom Ber & Nechama Diskin of Crown Heights, the child is a grandson of Tzemach brother, Shliach Rabbi Zushi Cunin. A large crowd gathered at 455 Crown Street this morning, including many of the uncles, shluchim in California. It was an emotional moment when zeide Rabbi Zushi Cunin named the child “Tzemach Yehoshua.”