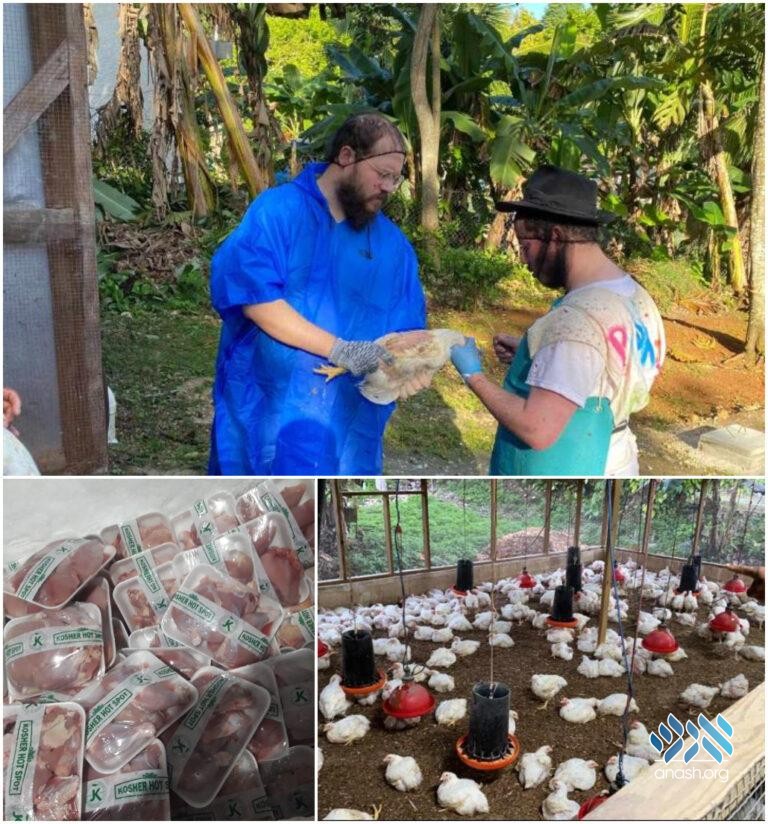 In 1720, 18 percent of the population of Kingston, Jamaica, was Jewish, but today, the country is home to less than 200 Jews, who are serviced by shliach Rabbi Yaakov Raskin. Last week, he arranged the country’s first shechita in decades.

In 1720, 18 percent of the population of Kingston, Jamaica, was Jewish and the country had flourishing Jewish communities with numerous shuls and cemeteries. Today, however, the country to less than 200 Jews.

Since 2014, the local Jews, as well as tourists and ex-pats, have been serviced by Rabbi Yaakov and Mushkee Raskin who established Chabad of Jamaica. The Raskins hold programs for locals and reach out to the thousands of Jewish visitors to the island.

As part of their shlichus, the Raskins opened Kosher Hot Spot, Jamaica’s first and only kosher restaurant. The restaurant also serves as a welcome center, and a one-stop-shop for everything Jewish.

In their efforts to supply locals and tourists with kosher food, the Raskins would import boxes of frozen kosher meat from America, hoping it would cover their needs. But that all changed this week, with the country’s first shechita in over a century.

Rabbi Raskin brought down Eliyahu Ezagui, a certified schochet, who slaughtered hundreds of chickens for the Chabad House and restaurant. After the shechita, the chickens were kashered and frozen, ready to be used for many Chabad House events over the coming months.