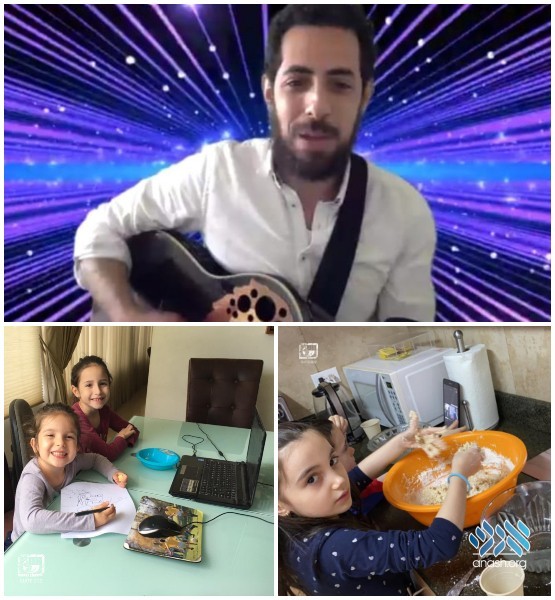 With South American countries still reeling from the global pandemic, it did not appear that there would be any Jewish day camps opening during the summer months.

With South American countries still reeling from the global pandemic, it did not appear that there would be any Jewish day camps opening during the summer months. Many children depend on this Jewish experience as their only exposure to organized and educational Judaism.

Realizing the great need to give these children a positive and informative Jewish summer, Rabbis Chai Kohan, director of Merkos 302 Spanish Division and Samy Poliwoda, Shliach in Panama, decided to open a virtual camp. Many were concerned that children were ‘’zoomed’’ out, while others maintained that kids would be unable to successfully engage online, but Kohan and Poliwoda rose to the occasion.

Usings the CKids camp curriculum as a starting point, they worked to make its programming Spanish friendly, and went about hiring the best staff they could find.

Initially camp was only planned for one week. Although, after being met with such overwhelming and enthusiastic feedback, it was extended for an additional week.

The highlight of the virtual camp though was the innovative ‘’Mitzvah Missions’’. It kept the campers engaged and enthusiastic, and helped make Judaism come alive. Parents were surprised and delighted by their children’s immediate appreciation for the ‘’Mitzvah Missions’’, and expressed admiration for its visible impact in their homes.

‘’I am so happy that my daughter got to see other girls her age, daven everyday with others, and learn while having fun,’’ gushed Sarah D. from Boquete, Panama, mother of Rachel, 11. ‘’These two weeks really made a huge difference!’’

Making this year unique was the fact that camp took place at home. However, making this year special, was the immediate and incredible impact that was felt within each home. The spirit and inspiration of the lessons were quick to reach the parents and siblings, and made a lasting impression.

“The camp was great!” says Mrs. Braha Karniel, shlucha in Panama City. “Here in Panama the parents loved it. They were all very happy. The counselors were awesome and the activities were very varied and different for all types of children.”