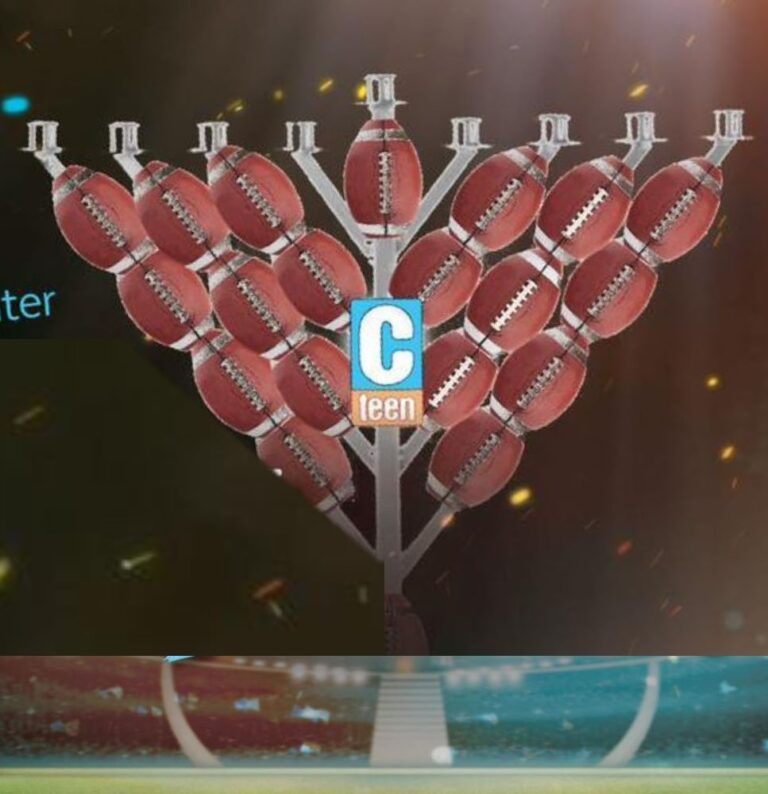 Sixty-two thousand fans watching from the stands and upwards of eighteen million tuning in from home will watch the lighting of the menorah on the first night of Chanukah at a major sports event.

CTeen International and Chabad of Maryland be orchestrating Football’s first-ever menorah lighting. Sixty-two thousand fans watching from the stands and upwards of eighteen million tuning in from home will watch the lighting of the menorah on the first night of Chanukah at a major sports event.

CTeen and Chabad of Maryland were in talks to bring a menorah lighting to the game, but the game’s last-minute move to America’s most-watched television slot meant that CTeen had less than two weeks to prepare.

But plans quickly took shape. After the game’s first quarter, a Jewish teen will recite the blessings and light a specially designed menorah on the concourse overlooking the field as the colossal stadium watches over the jumbotrons. Representatives of CTeen International and Chabad of Maryland will be there too, and they’ll pose with dozens of CTeeners for a photo on the field after the game.

East Coast CTeen Chapters will be traveling to attend the game and be present for the historic moment. Meanwhile, the rabbis and rebbetzins of Chabad of Maryland are preparing a menorah parade to FedEx Field, a tailgate party outside the game, and pre-game distributions of Chanukah menorahs, latkes, and fresh jelly-laden doughnuts for Jewish fans.

There will be sixty-two thousand east-coast fans present at FedEx Field when the Menorah is lit. “It’s a truly unprecedented opportunity to share the warmth and light of Chanukah,” says Rabbi Mendy Kotlarsky of CTeen International.

The menorah lighting carries on a tradition initiated by the Lubavitcher Rebbe in the 1970s to celebrate Chanukah through public menorah lighting. By publicizing the Chanukah miracle, these public celebrations aim to encourage Jews to take pride in their Judaism and share Chanukah’s message of the power of light over darkness with a wide audience.

CTeen worked with the Washington Commanders to arrange the public lighting in honor of the Hakhel year, and Rabbi Kotlarsky says the timing couldn’t be better. “There are Jewish teens who are feeling uneasy lately,” he says, “to see a fellow teen light the menorah during a major football game will help them hold their heads high as proud Jews and be the little bit of light that illuminates the darkness.”

For more information, visit CTeen.com/snf or click here to message Merkos 302 on Whatsapp.