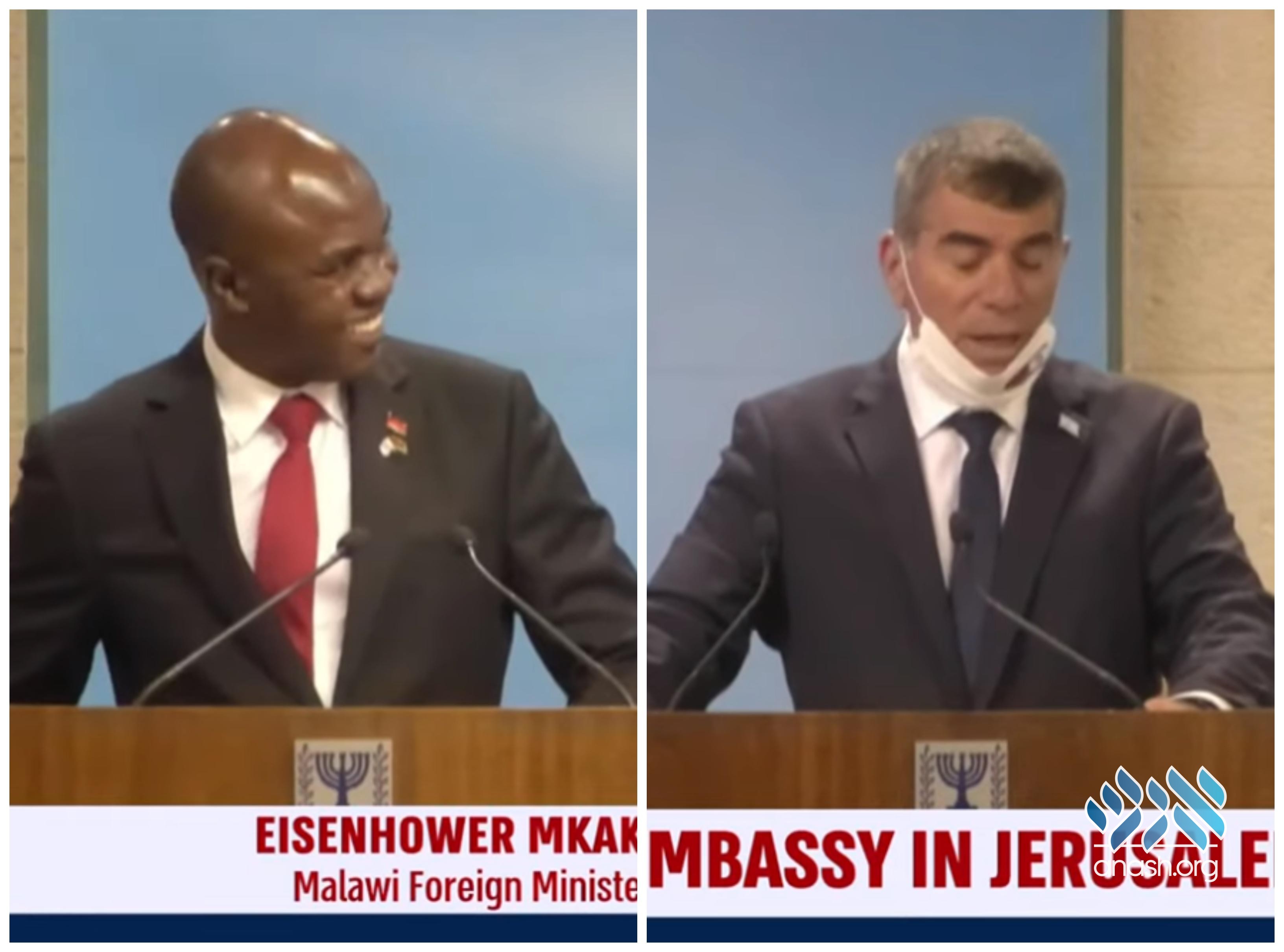 The state of Malawi has announced that it will open an embassy in Jerusalem, making it the first African nation to have a delegation in Israel’s capital.

The state of Malawi, situated between Mozambique, Zambia and Tanzania in Eastern Africa, has announced that it will open an embassy in Jerusalem, making it the first African nation to have a delegation in Israel’s capital. Malawian Foreign Minister Eisenhower Mkaka announced the decision during his visit to Israel Tuesday, adding that the embassy would be opened by summer 2021.

Malawi has had full diplomatic relations with Israel since its founding in 1964 and was one of the new African nations not to bow to pressure to break off relations during the Arab boycott.

Israeli Foreign Minister Gaby Ashkenazi responded by calling Malawi a “pioneer” and added that the decision is proof of the “widening circle of peace.”

“Jerusalem, the eternal capital of the State of Israel, will be a bridge of peace for the whole world, and I call on more countries to follow in Malawi’s path and move their embassies to Jerusalem, the capital of Israel,” Ashkenazi said.

At present only the US and Guatemala have moved their embassies to Jerusalem although a number of other countries have announced that they would soon be opening embassies in the capital.

In a joint statement, Ashkenazi committed to have an Israeli development expert posted in Lilongwe, Malawi’s capital, and to introduce courses for Malawi from MASHAV, the Foreign Ministry’s development agency. Mkaka thanked Israel for its support through initiatives that “will contribute towards the country’s food security strategy and accelerated and sustained socioeconomic development of the people of Malawi.”