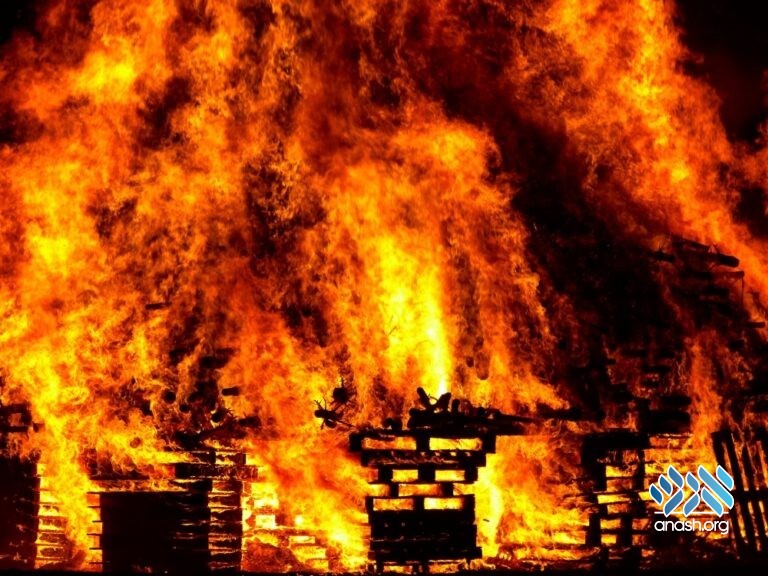 Motzei Shabbos Story: It was an unusual job, but Aryeh did his job faithfully as the mayor of his town. When his life was threatened after doing a favor for a fellow Jew, he turned to the Alter Rebbe in distress.

It was an unusual job for an Eastern-European Jew at the turn of the 19th century, but Aryeh did his job faithfully. As the mayor of his town, he was responsible for recording births, deaths and other important events.

It once happened that the son of a non-Jewish family decided to convert to Judaism, an offense that could cost him dearly in those days, when it was illegal for a Christian to leave his faith. But he was determined to follow the G‑d of Israel, and the Jewish nation welcomed him warmly and sheltered him from any harm.

There was just one problem. The man could not use his official papers, where he was identified as a non-Jew, since his Jewish appearance would give away his “crime.” But neither could he request Jewish identity papers without raising suspicion.

Finally, a solution was found. A Jewish man of approximately the same age had passed away. If Aryeh “neglected” to record his death, the convert could simply assume his identity and live openly as a Jew.

But things went horribly wrong. Someone (possibly a relative of the convert) exposed the plot, and Aryeh soon found himself in the thick of a legal battle for his life.

Distressed, Aryeh made his way to Rabbi Schneur Zalman of Liadi and poured out his heart.

After hearing the date of the impending court hearing, Rabbi Schneur Zalman advised him to request a deferment.

When the second court date loomed close, Aryeh once again came to Rabbi Schneur Zalman, who again advised him to delay the case, which he was able to do once again.

When he was no longer able to push off the trial, the rabbi advised him, “Soon my granddaughter will marry the grandson of Rabbi Levi Yitzchak of Berditchev. The wedding will be in the town of Zhlobin. See to it that you attend the wedding and try your hardest to speak to Rabbi Levi Yitzchak. He will surely be able to help you.”

But things were not so simple. The town of Zhlobin (halfway between the hometowns of the two illustrious rabbis) was packed with thousands of visitors who had come to witness the spiritually charged nuptials. Every time Aryeh tried to approach Rabbi Levi Yitzchak, he found his way blocked by hordes of others who also wanted to spend a few precious moments in the presence of the holy man.

Feeling desperate, he decided to present himself at the door of Rabbi Levi Yitzchak’s room, ensuring that he would be the first one to be allowed in the following morning.

(As he waited, he observed how the great sage lay in bed, and two assistants read to him simultaneously, one from the Mishnah and the other from the Zohar. The rabbi lay motionless, appearing to be asleep, but whenever one of the readers would stumble, he would call out, “Nu, nu!” This lasted for two hours, until Rabbi Levi Yitzchak was refreshed.)

When Aryeh was finally ushered in, the holy man asked him, “Who sent you here?”

“My rebbe,” was the reply, “Rabbi Schneur Zalman.”

“Oh, my new in-law, he is a righteous man, a sage, a G‑dly person,” repeated Rabbi Levi Yitzchak a number of times, each time enumerating the fine qualities of his colleague. “Nu, sertze,” said Rabbi Levi Yitzchak (using the endearing Slavic term for “heart”). “What can I do for you?”

“I am a mayor of my town,” began Aryeh, briefly outlining his problem.

“What is a mayor?” wondered Rabbi Levi Yitzchak aloud.

After Aryeh explained his duties, he asked, “What? A Jewish mayor? Who ever heard of a Jew being a mayor? How can that be?”

“My rebbe himself told me to accept the position of mayor,” replied Aryeh.

“If it is indeed the case that you took the job with the blessing of my in-law,” said Rabbi Levi Yitzchak, again waxing eloquent in his praise for Rabbi Schneur Zalman, “you have nothing to fear. G‑d will surely help you and guard you from all evil.”

With that, the audience drew to a close.

Upon hearing what had taken place, Rabbi Schneur Zalman said to Aryeh, “Nu? Did I not give you good advice? Was it not a good idea to go to Rabbi Levi Yitzchak?”

The date of the trial came steadily closer, and Aryeh still had no idea how he would defend himself. After all, he had indeed allowed the poor convert to use the identity of the deceased man.

But then, a day before the trial, a fire broke out in the courthouse, and all the records were burned to a crisp—including all incriminating evidence against Aryeh.

(From the stories of Rabbi Leib Edelman, Shemuot Vesippurim II, pp. 91-03.)
Reprinted with permission from Chabad.org