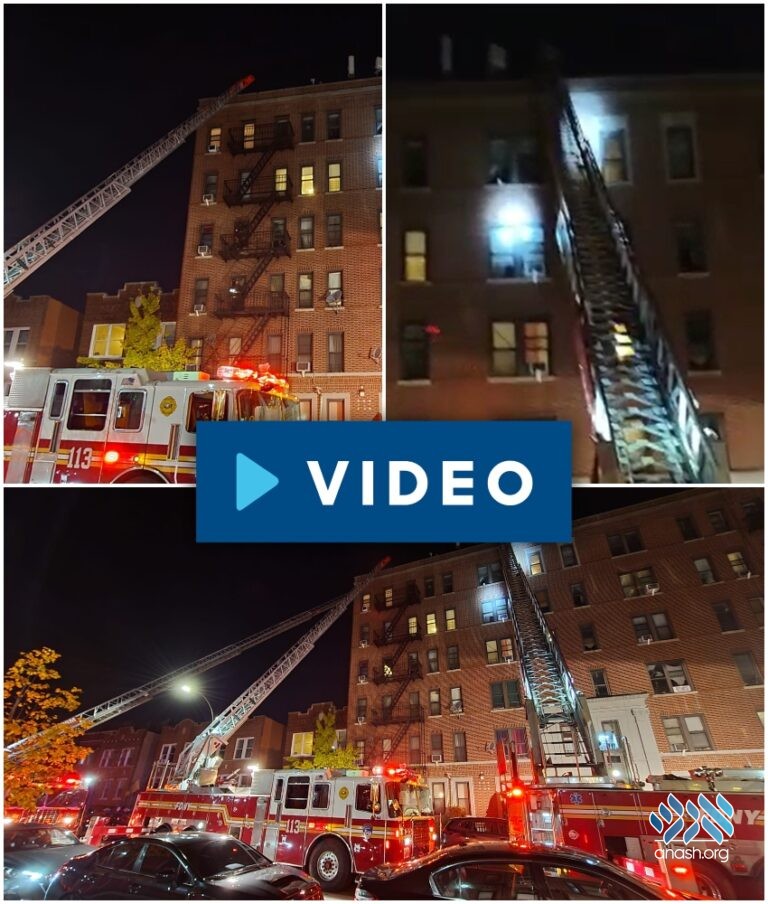 A large fire broke out on the sixth floor of an apartment building on Carroll Street near Beis Chaya Mushka. It has been brought under control, with no injuries reported.

A major fire early Sunday morning on the sixth floor of an apartment building on Carroll Street between Albany and Troy, near Beis Chaya Mushka girls school in Crown Heights.

The fire was reported shortly before 1:00 AM. Multiple fire trucks and dozens of firefighters arrived at the scene and managed to quickly bring the fire under control. There were no injuries reported.

Firefighters evacuated all the building’s residents before conducting a primary search of the building.

Firefighters told Anash.org that the fire was caused by a malfunctioning electrical appliance, which then spread through the apartment.