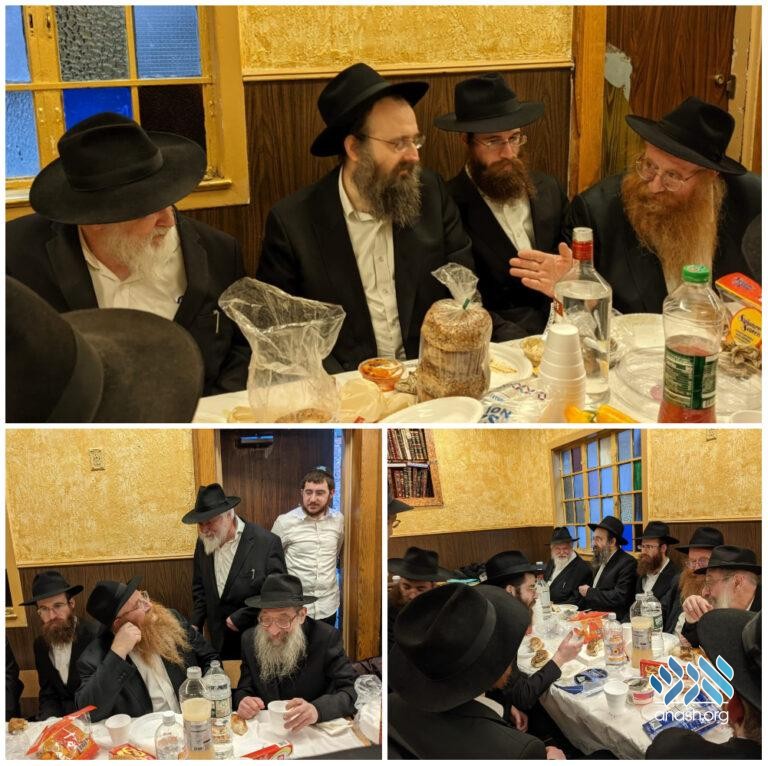 The 7th Sheva Brachos for the daughter of Crown Heights Rov Yosef Braun was held in the small zal at 770 Eastern Parkway. Rabbi Chaim Boruch Halberstam was honored with a bracha.

The 7th sheva brachos for Sholom Ber and Chaya Mushka (Braun) Liberow was held in the small zal at 770 Eastern Parkway on Tuesday.

Rabbi Halberstam, who runs Bedek Habayis of 770 and is in charge of the upkeep of the upstairs floor of 770, was honored with the final bracha.