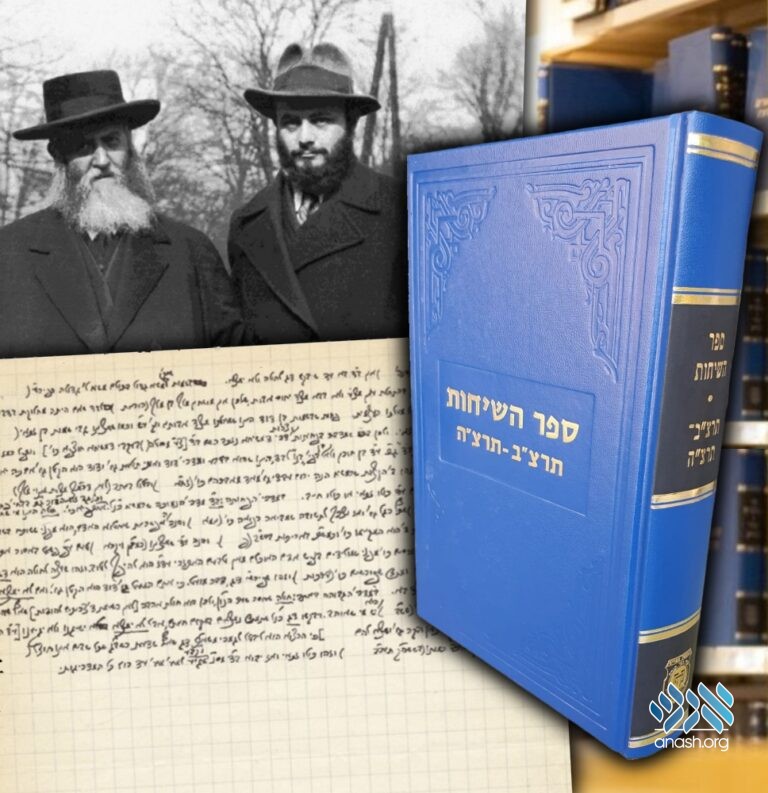 The final volume of the Frierdiker Rebbe’s Sefer Hasichos, containing the talks of 5692-5695, was just released for the first time, covering the years when Lubavitch moved to Riga, Latvia, and then to Poland. The book’s thorough introduction gives a historical overview of the time period.

A brand new volume of sichos by the Frierdiker Rebbe, covering the years of 5692-5695/1932-1935, has just been released, for the first time ever, by Kehot Publication Society.

The new book, entitled Sefer Hasichos 5692-5695, now comprises the final volume in the Sefer Hasichos series of the Frierdiker Rebbe. The exciting news has been received with delight by Chasidim and devotees of Chabad Chasidus all around the globe.

Going beyond his predecessors, the Frierdiker Rebbe developed the custom of delivering sichos (informal talks)—incorporating stories and reminiscences of the earlier generations of Chabad Rebbes and Chasidim, along with advice and guidance in the ways of Chasidus.

The Rebbe’s first published sichos began to appear in 5692 (1932), in the form of periodical pamphlets. The talks were later printed in book form, arranged by year. While the majority of these sichos appear in Yiddish, as they were spoken, some are in Hebrew.

The Introduction, expertly composed by the editor, Rabbi Aaron Leib Raskin, contains a brief review of the life and events of the Frierdiker Rebbe during these turbulent years. It begins with the Rebbe residing in Riga, Latvia, and continues with the marriage of the Rebbe’s youngest daughter, Rebbetzin Sheina, in Landwarów, Poland, his visit to Glubokoye, Ludmir, Druskininkai and the Volhynia region; his visit to the burial place of Rabbi Shlomo of Karlin and his eventual move to Poland. The preface quotes lengthy excerpts of the Frierdiker Rebbe’s detailed diary of these events. The historical review continues with the Rebbe’s plans to visit the Holy Land which due to financial reasons did not come to fruition. The Introduction closes out with the founding of the Hatamim Journal edited by the Rebbe, the Frierdiker Rebbe’s son-in-law and eventual successor.

Dispersed throughout the many talks are also written material by the Frierdiker Rebbe, and also many entries from his son-in-law’s and future Rebbe’s diary published in Reshimas Hayoman.

A fascinating, lengthy essay published here is titled “Nature is Higher than Nature.” It explores the Chasidic perspective on teva (nature) and higher than teva. The Frierdiker Rebbe had asked his son-in-law and future Rebbe to comment on the essay before its release. Some of these comments are published here in the appendix.

The seven-hundred and fifty page book is rounded out with superbly crafted notes, biographical details and cross references for further study by the editor, as well detailed indexes by Rabbi Yehoshua Yarmush.

The book is available at: Kehot.com.